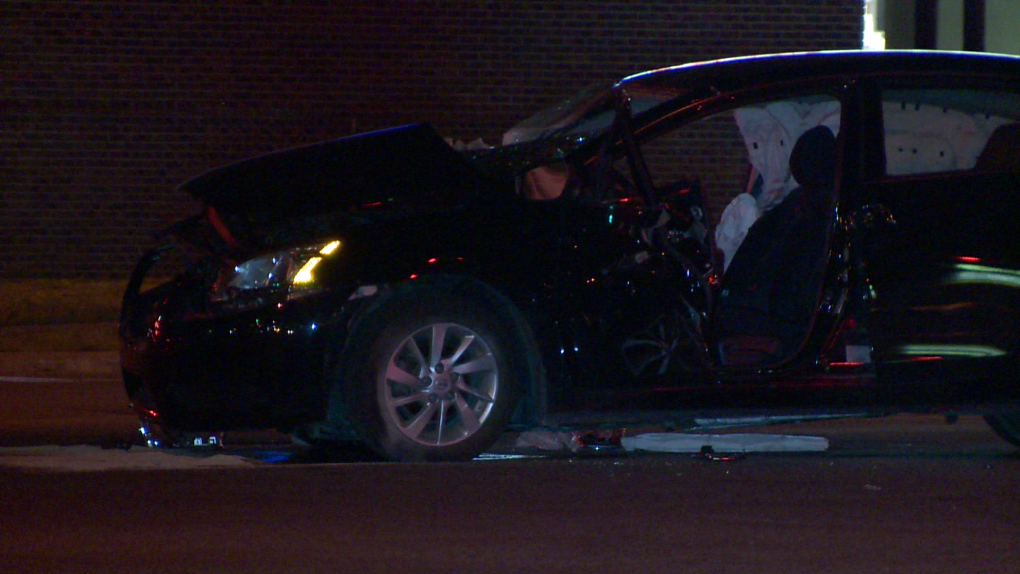 A car and a city bus were involved in a collision in Brossard on Wednesday night / Cosmo Santamaria, CTV Montreal

MONTREAL -- Longueuil police are investigating a collision between a city bus and a car that took place in Brossard Wednesday night.

A car was travelling along Panama Ave. through the Taschereau Blvd. intersection when it was hit by a city bus belonging to the Reseau de transport de Longueuil around 11:30 p.m., police say.

Longueuil police are investigating the cause of an accident between a bus and a car, that collided head-on on Wednesday night at Taschereau Boulevard and Panama Avenue in Brossard. @CTVMontreal pic.twitter.com/0O6MzzufnK

The woman who was driving the bus, who is in her 30s, was also taken to hospital but to be treated for shock. 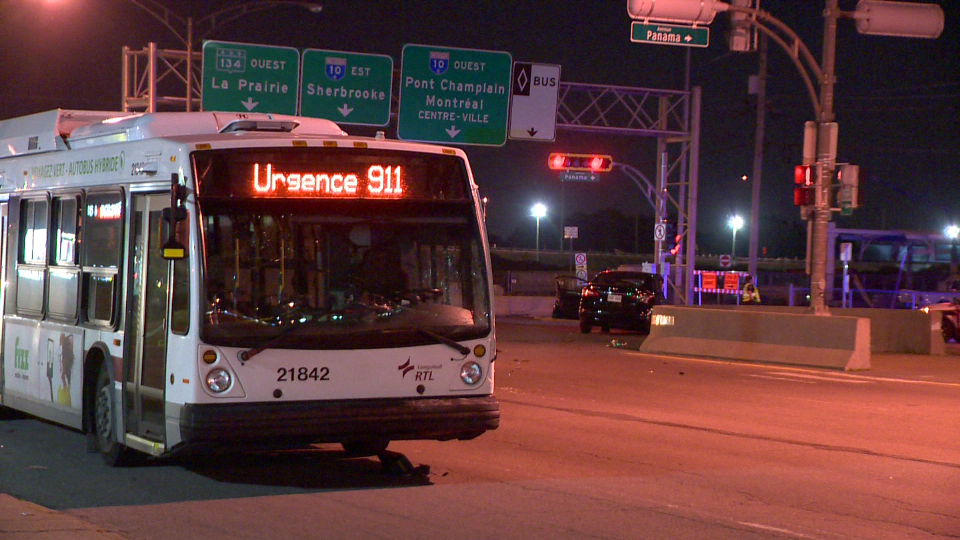 The scene was closed to traffic for a few hours during the night to be analyzed by investigators who will attempt to better understand the circumstances surrounding the event.

Last week, the driver of a city bus belonging to the Societe de transport de Montreal was taken to hospital for serious lower-body injuries after running into a 53-foot truck.