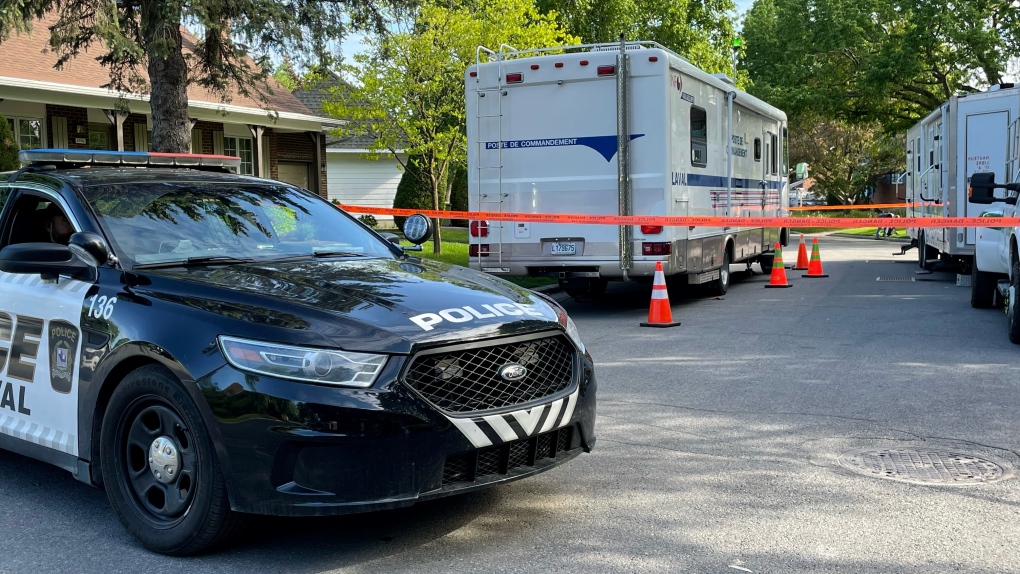 The body of a man in his early 20s was found after what police believe could have been an attempted home invasion. (Matt Gilmour/CTV News)

Laval police (SPL) is investigating after the body of a man in his early 20s was found Tuesday morning in what officers believe could have been an attempted home invasion.

Police spokesperson Erika Landry explains officers received a 911 call at 1:55 a.m. from a couple who had just taken refuge at a family member's home.

The two people told police they had just been robbed at their home on Place du Cormoran, in the Sainte-Rose district.

When officers arrived at the scene, they found the man's body.

Laval police could not say if the body showed signs of violence.

No arrests had been made, and investigators and forensic technicians are onsite to determine the events leading up to the man's death.

The force says it also plans to speak to the two people who called 911.

A command post is being set up in the area in the hopes of finding potential witnesses.

The file has been transferred to the Sûreté du Québec (SQ).

Parents of boy, 2, among dead at Fourth of July parade shooting

Aiden McCarthy's photo was shared across Chicago-area social media groups in the hours after the July 4 parade shooting in Highland Park, accompanied by pleas to help identify the 2-year-old who had been found at the scene bloodied and alone and to reunite him with his family. On Tuesday, friends and authorities confirmed that the boy's parents, Kevin McCarthy, 37, and Irina McCarthy, 35, were among seven people killed in the tragedy.