Laval boxer David Lemieux announces his retirement from the ring

Laval boxer David Lemieux announces his retirement from the ring 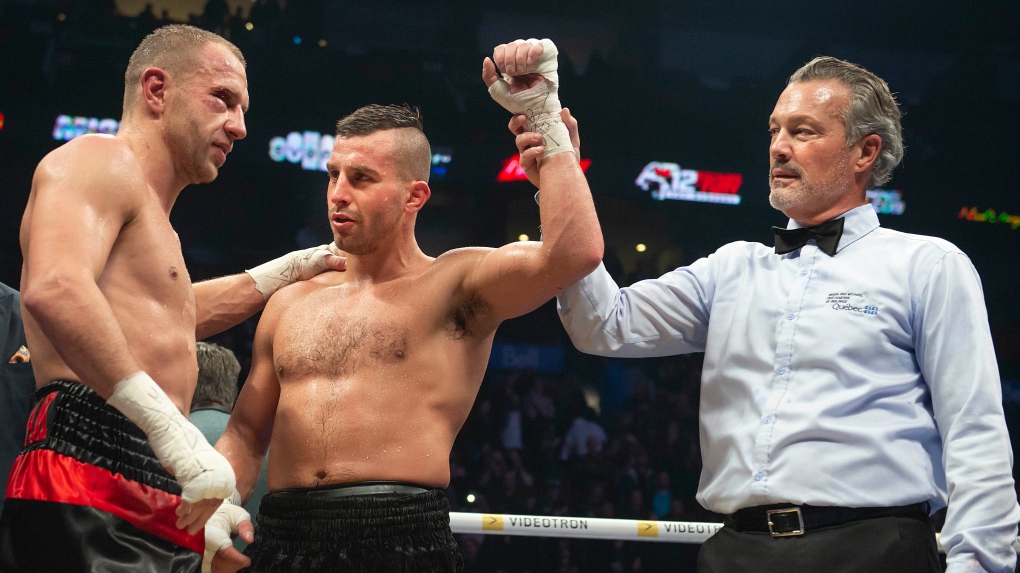 David Lemieux is announced the winner for the super-middleweight division after fighting Ukraine's Max Bursak in Montreal on Sunday, Dec. 8, 2019. THE CANADIAN PRESS/Peter McCabe

Most notably, he handily defeated Gabriel Rosado in December 2014 in a debut appearance at HBO, earning the NABF (North American Boxing Federation) belt.

In June 2015, he earned the IBF world title against Hassan N'Dam at the Bell Centre, sending his rival to the mat four times.

Four months later, at Madison Square Garden, he accepted one of the biggest challenges of his career when he fought unified middleweight world champion Gennady Golovkin (Triple G), who won by TKO.

"I have accomplished a lot in my career, I have fulfilled my dream of being a world champion, I have given the fans exciting fights by accepting all the challenges I have been offered," Lemieux said in a release. "I have dedicated my life to training and boxing, and now I want to enjoy every moment with my family. I've done a lot, but I wasn't alone."

His last fight was a TKO loss on May 21 this year to David Benavidez in Glendale, Arizona.

As Lemieux's career has grown, so has the Eye of the Tiger company.

"David, he's the kind of guy you like because he's real, and he's got a heart as big as Quebec," president Camille Estephan said in a statement.

"He has my respect for what he has done, and even more so now, to retire at this time, healthy, instead of just hanging on to the past. He's retiring at the right time, and I say thank you for everything."

Marc Ramsay coached the 160-pounder, and then 168-pounder, for several years.

"It is with great nostalgia, but also with great pride, that I receive David's decision to retire," said Ramsay. "I remember the little 10-year-old who went to the old Russ Anber gym every day with such determination. The same determination that took him to the top of the boxing world a few years later."

Lemieux's father, André Fernand Lemieux, was one of the victims of a series of three homicides in 24 hours in Montreal earlier this month. Lemieux's father was 64 years old.

On Aug. 1, Lemieux and his wife, former Olympic diver Jennifer Abel, posted a photo on social media of their baby boy Xander, who is about three months old.

This story by The Canadian Press was first published in French on Aug. 13, 2022.