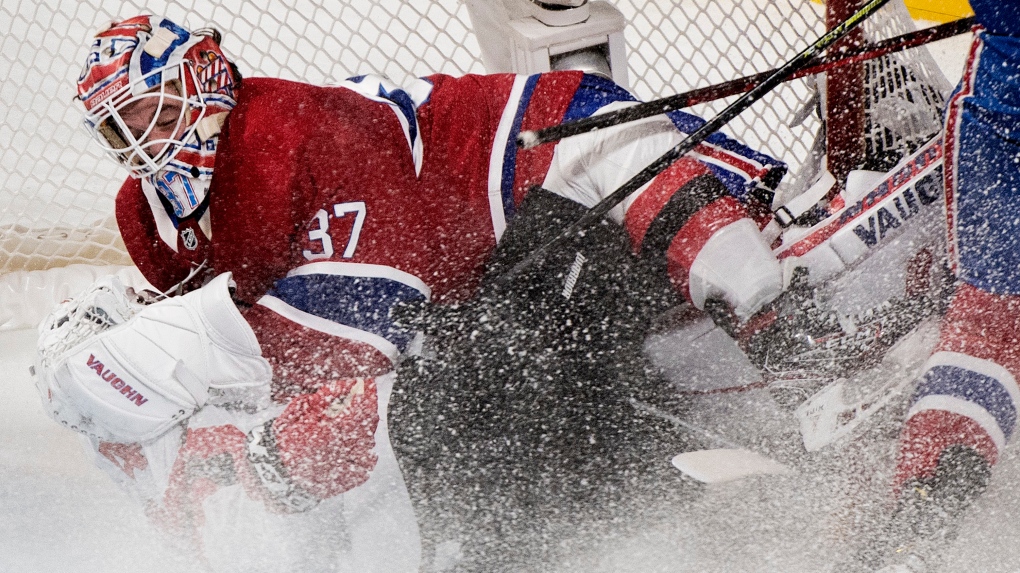 MONTREAL -- In just over 24 hours, the Canadiens have gone from heaven to hell over the weekend. All this, just two days after GM Marc Bergevin expressed a desire to see his Montreal team be more consistent in its performance.

The Canadiens showed their quality against the dynamic and first-place Washington Capitals Friday night, and Bergevin then was forced to watch as he saw several faults resurface in an overtime loss to the New Jersey Devils, last place in the Metropolitan division.

Yes, the referees got into the game's minute-by-minute log in the third period on Saturday, but the Habs had already shot themselves in the foot by allowing two goals in the last minute of the first and second period.

The Habs lead the league in allowing goals in the last minute of a period.

The Devils also scored two power-play goals and one short-handed.

After 20 games this season, the Canadiens have allowed 61 goals past their goalies. Of these, opponents have scored 18 on the power-play, or 29.5 per cent of goals allowed. The Habs have also given up 11 goals in the last minute of a period, or 18 per cent of their goals against.

Head coach Claude Julien was succinct in his comments after the loss to the Devils. He loosened his tongue, however, when he was asked whether end-of-frame goals could be linked to a lack of focus.

Julien noted that his players had to make better decisions, especially when they are tired.

"We did not play smart enough," said forward Brendan Gallagher. "Each of the goals granted was the result of an error on our part. You can not win this way. We must be smarter and remember the lesson."

The American goalie may have had the best of his four outings against his former team Saturday, while there was not much he could do about each of his goals.

"My job is to help the team get two points. We did not do it," Kinkaid noted, refusing to see the glass as half full. "It's strange. In my two best games, we only got one point. But we got two in the match where I was the least comfortable."

Fifteen days elapsed between Kinkaid's last two starts. His four outings this season came when the Habs played two games in as many nights.

The Canadiens will live this situation again this week. The team will visit the Columbus Blue Jackets on Tuesday before hosting the Ottawa Senators on Wednesday.

This report by The Canadian Press was first published Nov. 17, 2019.