Jake Allen signs a two-season contract extension with the Habs

Jake Allen signs a two-season contract extension with the Habs 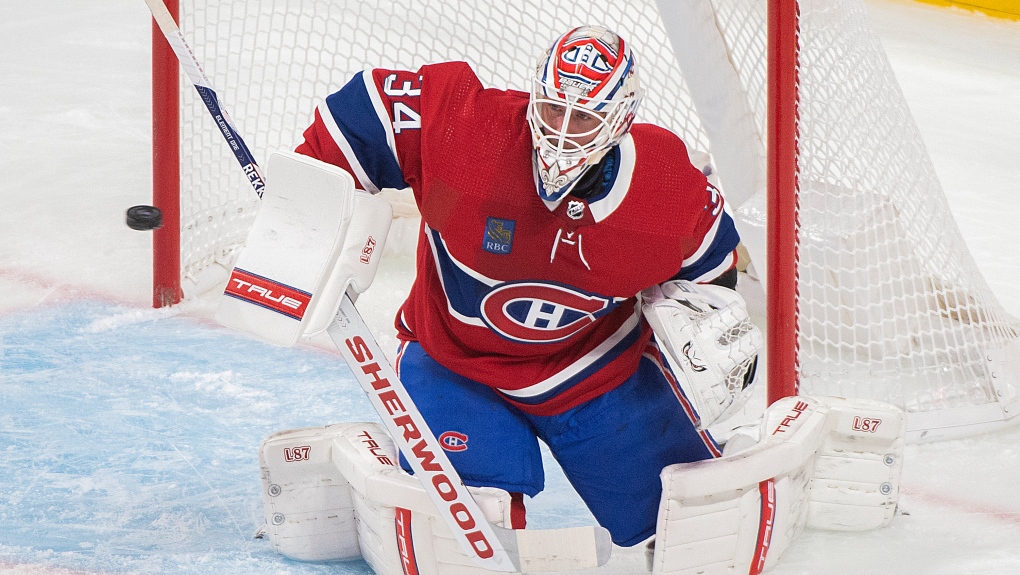 The Montreal Canadiens have given goaltender Jake Allen a two-season contract extension.

General manager Kent Hughes made the announcement in a news release Saturday morning.

The agreement binds Allen to the Habs through the 2024-2025 season and is worth an average of $3.85 million annually.

The 32-year-old Allen played 35 games with the Canadiens last season, posting a 9-20-4 record, a 3.30 goals-against-average and a .905 save percentage. The Fredericton, N.B. native also posted two shutouts.

The 6-foot-2, 195-pound goaltender has a 2.60 goals-against-average and .911 save percentage since making his NHL debut and has recorded 23 shutouts.

Allen is scheduled to meet with reporters around noon on Saturday.

In the evening, the Habs will play a fourth pre-draft game in Ottawa against the Senators.