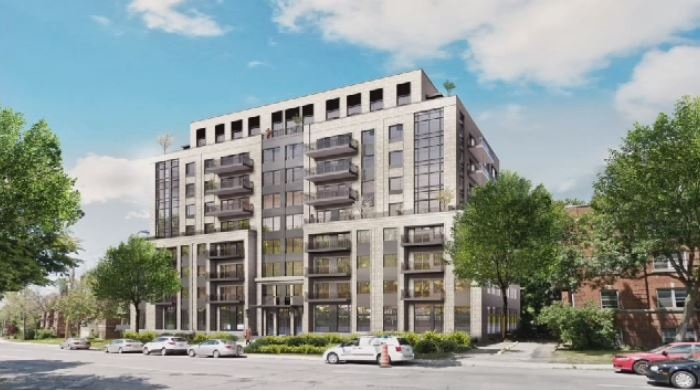 A contentious condo development which may be built in Hampstead.

MONTREAL -- Residents of Hampstead will vote in a referendum to decide whether apartments on Cote-Saint-Luc Rd. will be demolished to make way for a new apartment complex.

More than 250 people signed a registry indicating they supported a vote on the issue by residents in the area near the proposed development. Only 212 signatures were necessary to force the town to hold a referendum. Town councillors will decide on a referendum date on Monday.

The town had warned that such a vote would be costly, carrying a price tag of $50,000.

The development at issue is a plan to build a 10-storey building with 90 units in an area where the heights of buildings is three storeys.

Critics say the building is too high and will cast shadows on their lots and could affect their property values. Tenants of the buildings that would be demolished worry about finding new places to live at comparable rents.

Wednesday's registry was only open to residents living near the proposed development.