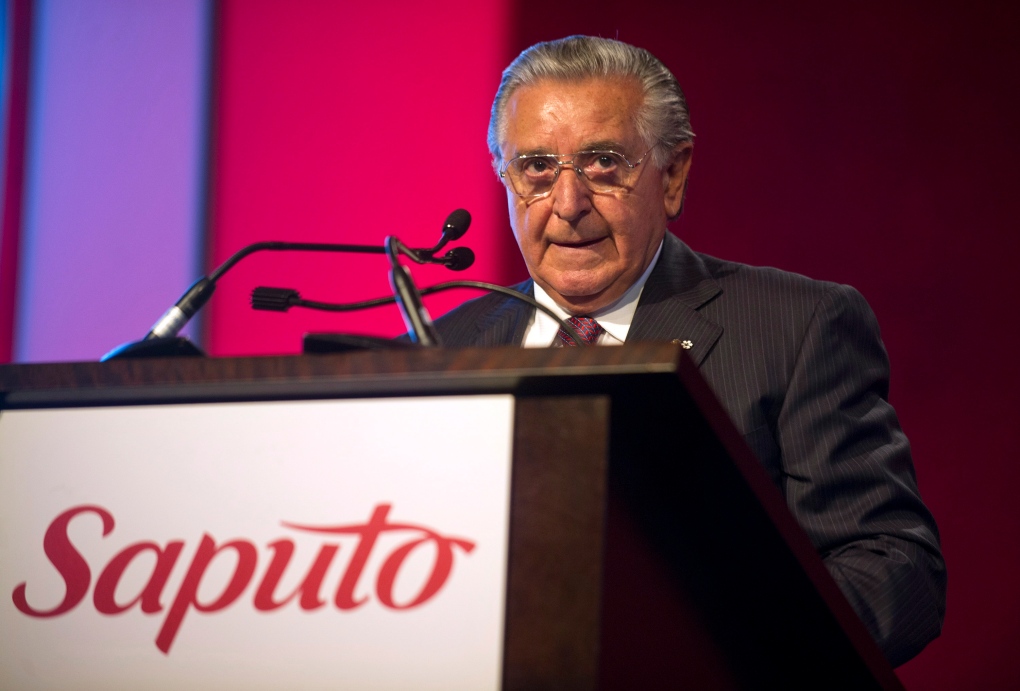 MONTREAL -- Quebec business magnate Lino Saputo, the founder of the international dairy giant that bears his name, has denied links to the Mafia that were reported last week by the Radio-Canada investigative program Enquete, and says he will take legal action against the program and its journalists.

Enquete "tried to make me guilty by association by reporting so-called links between me and the Italian Mafia," Saputo said in a statement.  "This report compels me to reiterate what I have been repeating for decades: I am a person of integrity and honesty, and I have always been.

"I know I have nothing to blame myself for and have never associated myself with organized crime."

Enquete's report, which reported that Saputo had for years in the 1960s and 1970s been in a secret business relationship with powerful U.S. mafioso Joe Bonnano, "deals with situations that have already made headlines and go back more than five decades," Saputo wrote, noting that he devoted a chapter of his memoirs published last year to dispelling the idea that he has any associations with organized crime.

"The main part of the report covers old stories and brings no new light," he added in his statement.

Saputo ends his statement saying his lawyers will be issuing a mise en demeure against the Enquete journalists involved in the report, and says he will not be making any more public comments on the matter.

Saputo, 82, has a net worth estimated at $6.5 billion and is one of the richest people in Canada. Saputo retired in 2018, handing the reins of Saputo Inc. to his son, Lino Saputo Jr.