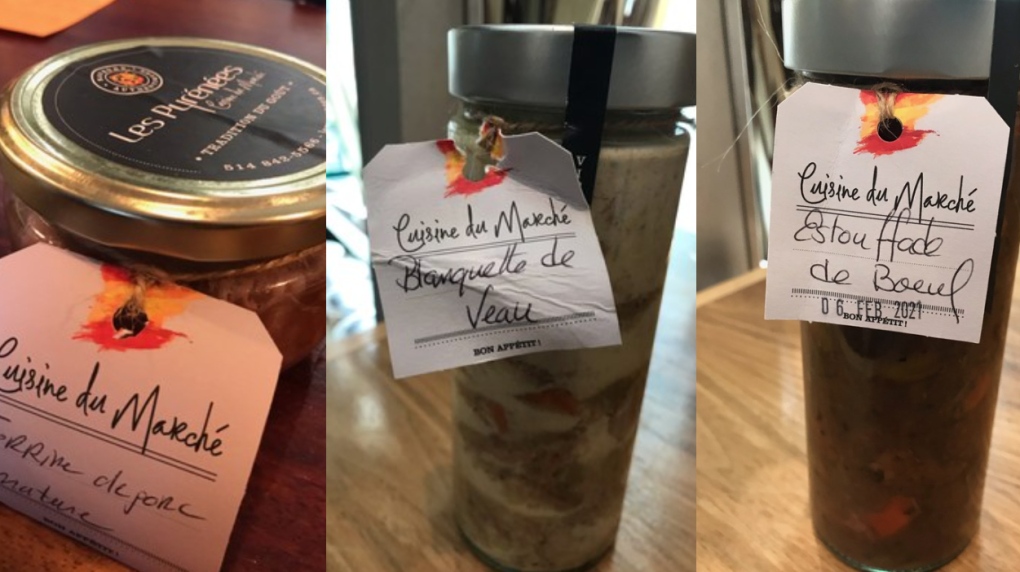 These products and more sold from Restaurant Les Pyrenees in Montreal have been recalled.

MONTREAL -- Food safety officials are warning the public not to consume certain products sold at an Old Montreal restaurant.

Four different products sold at Restaurant Les Pyrénées, located at 320 Saint-Paul St. West, did not have a ‘keep refrigerated’ label on them, when the products were required to be kept refrigerated.

The recall was first announced on May 14, but has since been revised to include additional products.

The following products are also not safe to consume as they have not been prepared and packaged to ensure their safety, provincial and municipal food inspectors say. They were sold in either 150ml or 250ml formats until May 13:

The products were sold only at Restaurant Les Pyrénées, and were packaged in glass jars. They were offered both refrigerated and at room temperature. The label of the products includes, in addition to their name, the words: ‘Les Pyrénées Cuisine du marché’

The restaurant is voluntarily recalling the products as a precautionary measure.

Anyone who has these products is advised not to consume them. They can return it to the restaurant where they purchased it or throw it away. Even if the products do not show signs of spoilage or a suspicious odour, food safety officials say eating them could present a health risk.

No cases of illness associated with the consumption of these foods have been reported to health inspectors to date.