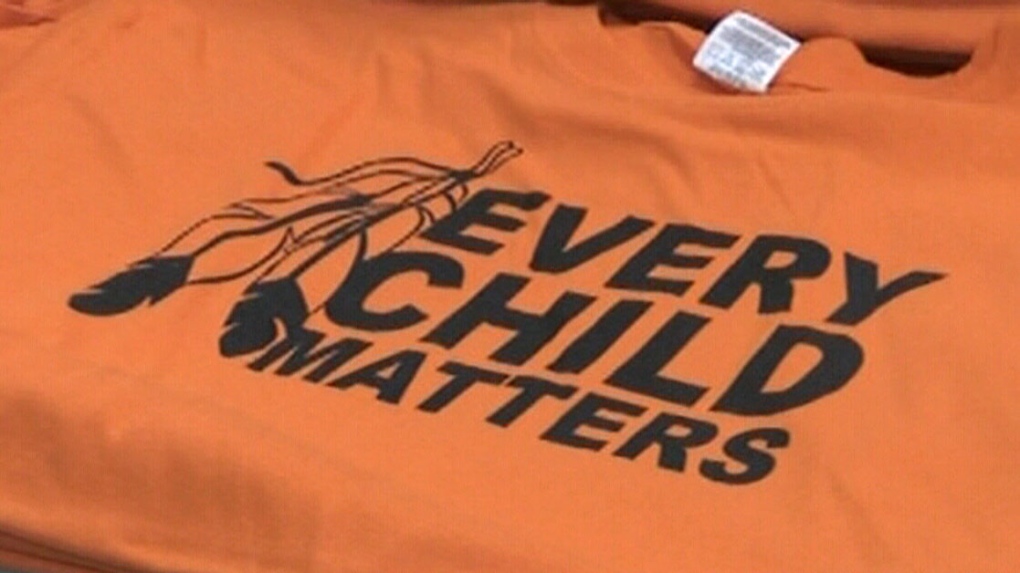 On Sept. 30, 2013, Helen Jarvis Montour decided not to wear her regular uniform at work.

Instead, she wore an orange tee shirt, in an act of solidarity with Indigenous people across the country honouring those who were forced into the brutal residential school system.

Sept. 30 is Orange Shirt Day, named after the experience of Phyllis Webstad, who bought an orange shirt to wear on her first day at St. Joseph’s Mission residential school in 1973 British Columbia.

“When I got to the Mission, they stripped me, and took away my clothes, including the orange shirt,” wrote Webstad in a statement on OrangeShirtDay.org. For many, the theft of Webstad’s shirt spoke to the abuse Indigenous people across Canada endured in the federal schools.

That’s the story that started Orange Shirt Day, and what inspired Montour to wear her own orange shirt in honour of her father, who attended residential school in Ontario.

She says she couldn’t get an official tee, so she found a shirt she from a local fundraiser, turned it inside out, and wrote the movement’s slogan in big capital letters.

Montour wore the shirt the next year too, and started co-organizing events Kahnawake, the Mohawk Community south of Montreal. These days, Orange Shirt Day is a big event in the community, with yearly community gatherings.

This year, like everything else, things had to be scaled back. School children weren’t able to join elders in the morning ceremony. Traditional tobacco burnings and honour songs took place as attendants stood six feet apart.

Kahnawake residents took to social media to share stories of loved ones forced into the government-run schools.

“Orange shirt day is wherever you are,” said Montour.

“Every school had their own cemetery. Imagine that,” said Deer. She says she was sexually abused by a nun at her school, which she first attended as a six-year-old.

“I kept it all locked up inside of me. I was 50 years old before it came out,” she said. All these years later, she honours Orange Shirt Day by telling her story to younger generations.

“The students ask me ‘what can I do?’” she said. “I tell them to go hug a tree. Thank that tree for making oxygen. … plants give their lives for us, the water is there for you to drink. Say thank you.”