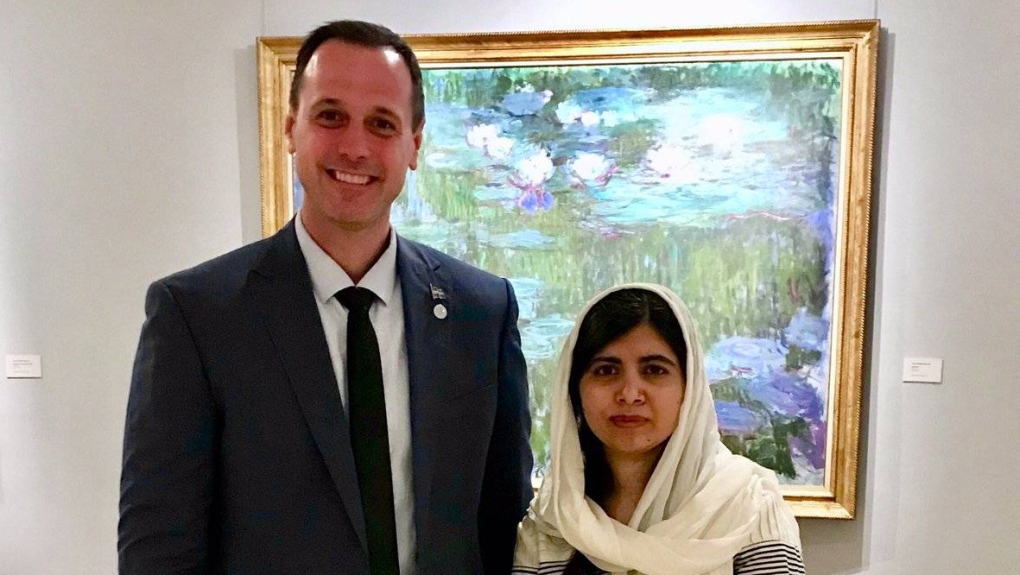 Quebec's education minister is being accused of hypocrisy after tweeting a picture of himself with Nobel Prize-winning human rights activist Malala Yousafzai.

Jean-Francois Roberge met Yousafzai while in France, and said on Twitter that they discussed education and international development.


But he was quickly reminded that Yousafzai, who wears an Islamic head scarf, wouldn't be legally permitted to teach in Quebec schools under his government's Bill 21.

Roberge was roundly criticized on Twitter, and was asked what he would say if Yousafzai wanted to teach in the province.

Roberge responded: "I would certainly tell her it would be an immense honour and that in Quebec, as in France ... as well as in other open and tolerant countries, teachers can't wear religious signs while performing their duties."

The Pakistani-born Yousafzai won the Nobel Peace Prize in 2014 for her work in supporting the right of young girls to get an education. She had been shot in the head by a member of the Taliban in 2012.