Despite getting knocked down twice, Lemieux beats Bursak in a split decision 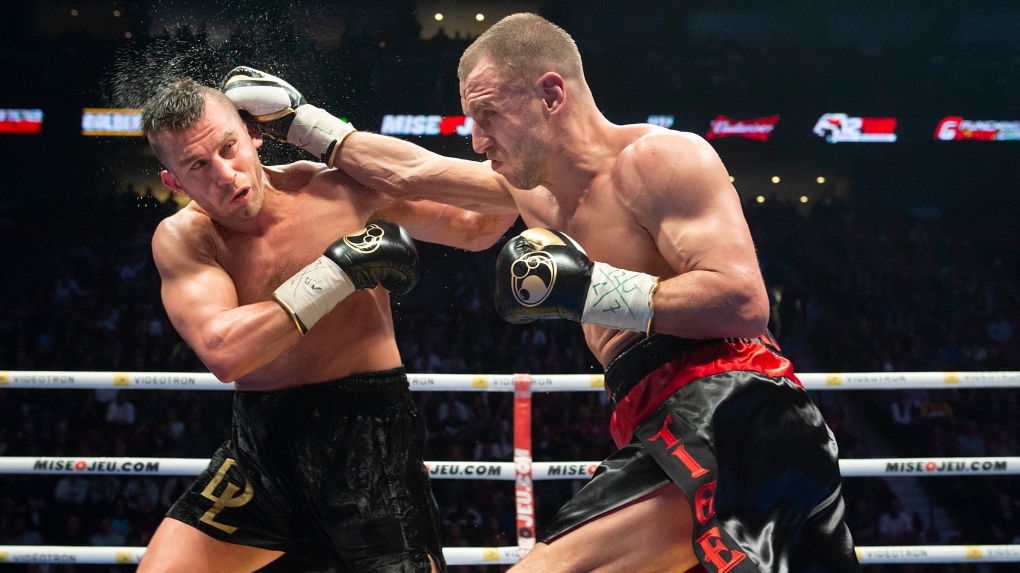 David Lemieux, left, makes his debut in the super-middleweight division as he fights Ukraine's Max Bursak in Montreal on Sunday, Dec. 8, 2019. THE CANADIAN PRESS/Peter McCabe

MONTREAL -- David Lemieux defeated Maksym Bursak in the ring Saturday night after more than a year of inaction.

Judges Richard Blouin and Pasquale Procopio scored the fight 94-93 in Lemieux's favour. Jean Gauthier also saw the fight 94-93, but in favour of the Ukrainian.

"It took me a couple of rounds to get through the rust caused by my 15 months of inactivity," said Lemieux. "It was a long time before I got into the fight, but as the rounds went by, I felt better and better."

"Our biggest mistake was to leave him 15 months without boxing," said Camille Estephan, president of Eye of the Tiger Management. "We had a date in September, but the negotiations stumbled. It delayed everything. It's difficult for a boxer to motivate himself in training when you do not have a date and an opponent. David is very conscientious, he does everything he has to do. But training to train is not the same thing."

The boxer from Ukraine surprised Lemieux in the first round, knocking him down once and seeing the Quebecer saved by the cables on another occasion. In addition to the first fall, Lemieux was again sent to the canvas in the fifth after a left-handed body shot crowning a violent combination of the Ukrainian.

"He is strong," admitted Lemieux. "He surprised me with some good shots. In the corner, Marc (Ramsay, his coach) was not happy because I did not follow the game plan. (...) I am not satisfied with my performance. This is not what I expected. We really underestimated the 15 months of inactivity. That's what hurt me the most."

"Once you go to the mat so early, you have to go to plan B," said Ramsay. "But we were not in panic mode: we had already been there and I told David that we still had nine rounds left. It was a very close fight, however, so tight that I 'bluffed' David telling him after the seventh that we absolutely needed a KO."

It's not that Lemieux did not have a good time, on the contrary. The fourth was his, then in the sixth, Lemieux was incisive. He first rattled Bursak with a left hook. Bursak came out with his right eye swollen. A few seconds later, Lemieux raised the Bell Centre roof by sending Bursak to the mat via a violent left to the chin, by far his best weapon on Saturday.

In the eighth and ninth, Lemieux seemed to forget that he had a right hand. The boxer confirmed after the fight that he was not injured.

"It was so frustrating that I asked him to use it more," said Ramsay. When he placed his right before throwing his left, we scored points. When he threw his left for a home run, Bursak had the advantage of distance to his right."

In the 10th, he delivered a furious round, passing close to levelling the mark at the falls to the mat, but Bursak was able to resist.

It remains to be seen how much this performance will affect the future for the Québécois fighter, who certainly has a lot of work to do. To remain at 168 pounds could even be questioned.

"This is a decision we will take as a team," insisted Estephan, who had sworn a few months ago that Lemieux would never fight again at 160 pounds.

"We wanted a good test and we got it," said Ramsay. "We will have to sit down and discuss it. Not only in terms of weight but the level of performance that was offered. I think we need another fight of this type in order to evaluate what we have. David's inactivity played a good trick on us."

Is revenge for Bursak in the cards?

"It's not a bad idea,' said Ramsay. "He's a guy who brings a lot of things. That's what we want for our guys: a global problem, not boxers who are one-dimensional." 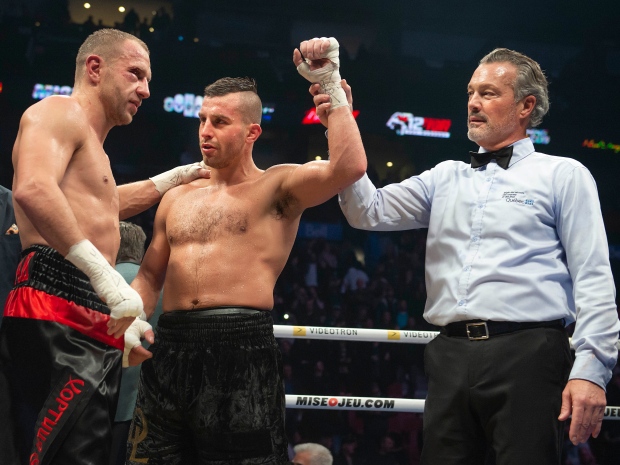