Bloc MP Alexis Brunelle-Duceppe plans to have a different style than his father, Gilles Duceppe 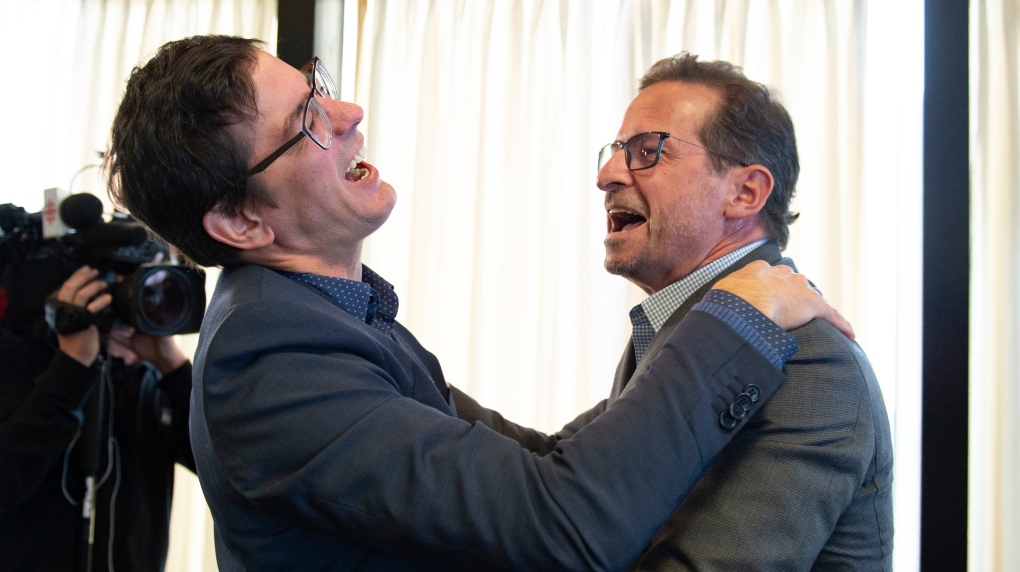 His win in the federal riding of Lac-Saint-Jean caught the attention of Quebecers when his father, longtime former Bloc leader Gilles Duceppe, congratulated him live on television on election night.

The elder Duceppe, serving as a pundit during the Radio-Canada broadcast, informed his son in an emotional moment that he would now be known as Alexis' father, with father and son exchanging "I love yous."

More than a week after the exchange, Brunelle-Duceppe quipped Tuesday that the moment "was like a normal conversation, except for the camera that was filming us."

Speaking to reporters during a break in an orientation session for new MPs in Ottawa, Brunelle-Duceppe said he feels proud and happy, but also "a lot of pressure."

Brunelle-Duceppe said he's no stranger to politics, including having been on the campaign trail with his parents since he was 11.

In this year's election, he captured a riding in Quebec's Saguenay region, beating out the incumbent Liberal, Richard Hebert, by more than 10,000 votes.

He was among 32 new Bloc MPs elected last week -- an increase from the 10 the party had heading into the campaign -- many of whom are among the 98 rookie federal politicians taking part in orientation sessions this week.

The younger Duceppe said people will come to realize he doesn't have the same style as his father -- noting a Bloc promise to do politics differently by remaining polite and respectful -- even if the two share the same work ethic.

Differing styles won't mean that the son won't listen to fatherly advice, particularly if that father spent more than two decades in Parliament, including two stints as party leader. Brunelle-Duceppe said the two have spoken about 10 times a day since election night, but that the rookie MP intends to learn his new job at his own pace.

"I want to become up and running as quickly as possible -- I want to get to work, I want to prove myself," Brunelle-Duceppe said.