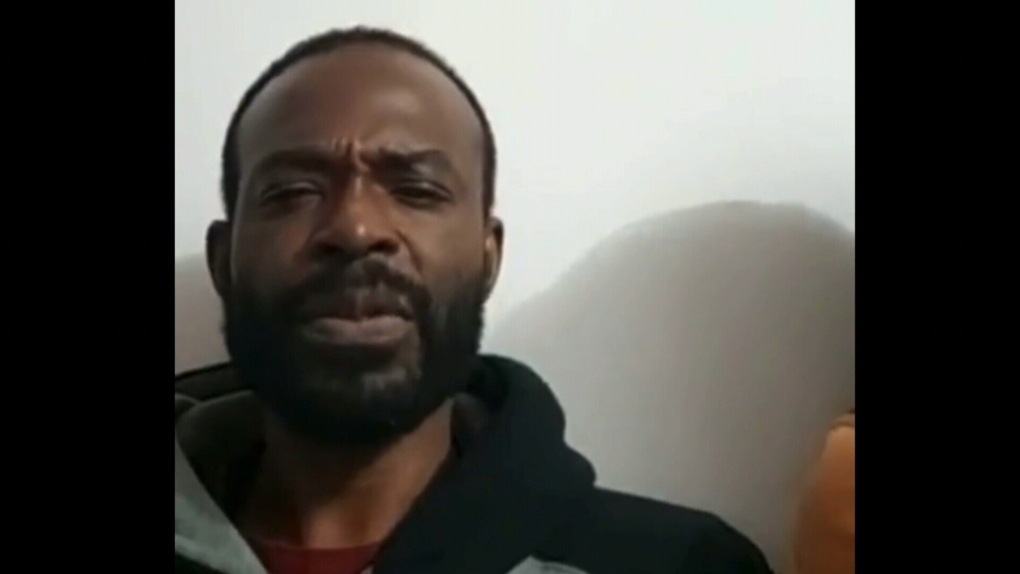 A man who allegedly breached a court order to keep his distance from Quebec Premier François Legault was denied bail Monday in a Montreal courtroom.

François Amalega-Bitondo was arrested on Jan. 16 while demonstrating outside the Radio-Canada building where Legault was giving an interview.

The Crown prosecutor had argued the 43-year-old should remain behind bars until his trial later this year since he has failed to respect his bail conditions from previous alleged offences.

Last November, he was released from jail after getting too close to the premier and was released on the condition that he stay 300 metres from Legault.

On Monday, a Superior Court judge granted the Crown’s request to deny him bail, noting his disregard for the justice system.

Amalega Bitondo has been a regular face at demonstrations against public health measures, as well as protests against the vaccine at hospitals and schools, which is a violation of a new law passed unanimously at the Quebec legislature in September.

He has so far accumulated $60,000 in fines for breaking COVID-19 rules and has vowed to never pay them.

One legal expert said in most cases people should not be kept in jail while waiting for their trial, but there are limits under the law that would allow a judge to keep someone in custody.

“However, there comes a point in which a person may be considered a danger, say to the premier or to public order, and then some measures have to be taken. Then, sooner or later if you keep disobeying these rules, you will be kept [in jail].”

Even if an accused is found not guilty of the original offence they’re charged with, they still have to obey the conditions of their release.

Grey added that this case shouldn’t have a chilling effect on people who wish to protest against the government.

“It might send a message to those who are demonstrating that if you're given conditions, then they have to be observed," he said.

"But that's all -- it shouldn't be a disincentive to manifest in your views. That's right in the Charter. You're allowed to do it."

A man who used a sword to kill and maim victims in Quebec City's historic district on Halloween night 2020 has been found guilty of murder.