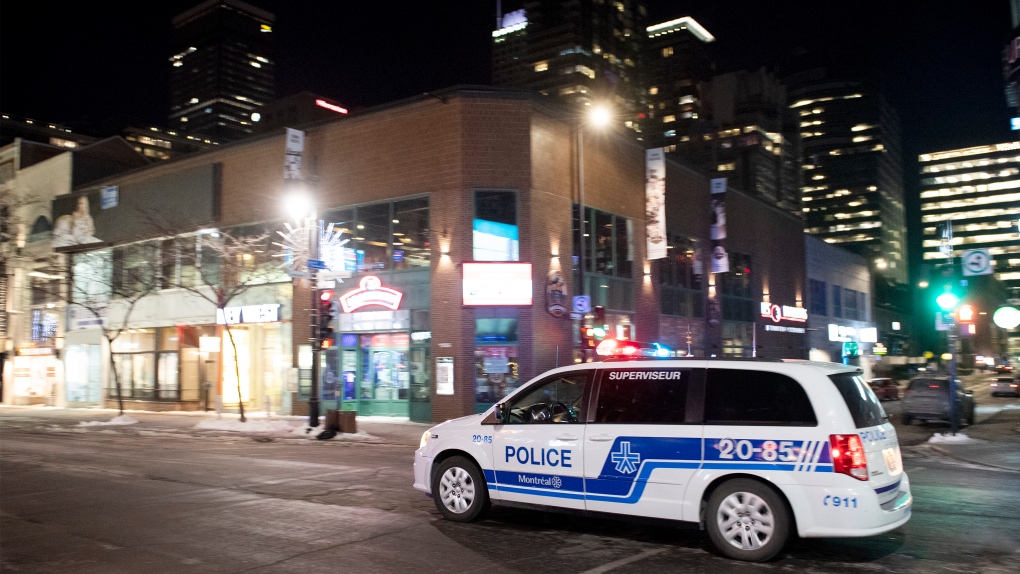 A police cruiser patrols Sainte-Catherine street in Montreal, Saturday, January 9, 2021, as the COVID-19 pandemic continues in Canada and around the world. The Quebec government has imposed a curfew to help stop the spread of COVID-19 starting at 8 p.m until 5 a.m and lasting until February 8.THE CANADIAN PRESS/Graham Hughes

MONTREAL -- A Quebec organization that advocates for harm reduction for people who use drugs filed a court challenge to the Quebec curfew imposed during the second and third waves of the COVID-19 pandemic.

The Quebec Association for drug user health promotion (AQPSUD) filed the challenge Saturday and will seek to suspend the curfew.

The application will be heard in court on Tuesday.

"The AQPSUD would like to emphasize that it supports health and social measures that fight the spread of the virus while maintaining a social safety net," the AQPSUD news release reads. "However, the curfew, which has not been scientifically proven to limit the spread of Covid-19, violates rights protected by the Canadian Charter by preventing drug users from accessing the health care they are entitled to."

The association notes the increase in overdoses throughout the pandemic, and that the curfew has pushed the situation to critical.

The warm weather, the association notes, will make the situation even worse.

"Overdoses tend to increase with the arrival of summer, and we are expecting a humanitarian disaster if the curfew is not lifted promptly," the release reads.

Accessing health-care resources between 9:30 p.m. and 5 a.m. is permitted, but the association notes that for marginalized people such as drug users, they "cannot rely on the police discretion-based public health exemption."

"We believe without a doubt that the harm the curfew does to drug users far outweighs any benefits it may bring to the general population," the association says.