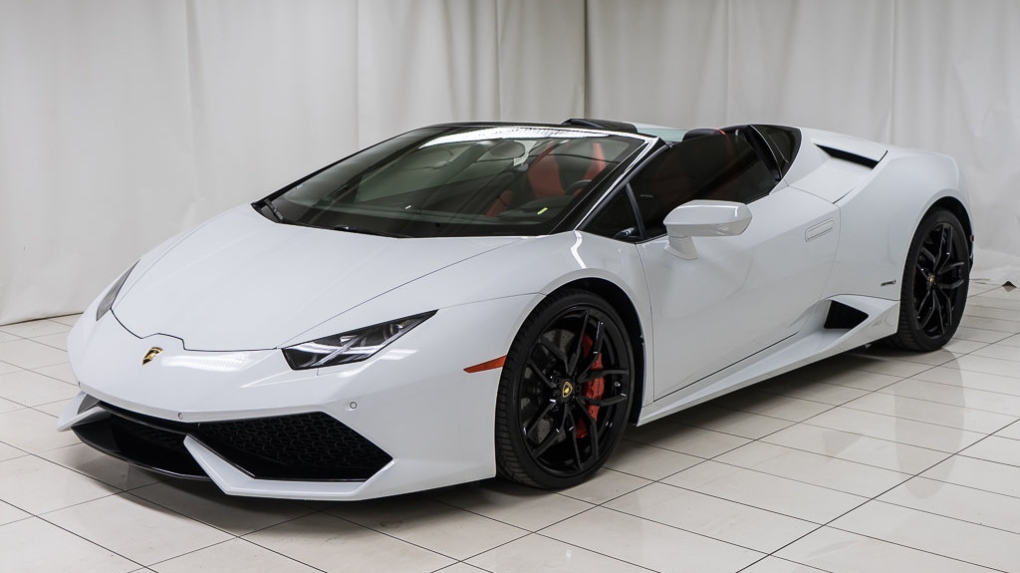 MONTREAL -- A Montreal man and his son are suing a luxury dealership for more than $416,000, claiming the white Lamborghini it sold them turned yellow almost immediately after they drove it off the lot.

According to the civil suit filed in Quebec Superior Court earlier this month, Calogero Caruso of Montreal's Saint-Leonard borough bought a 2017 Lamborghini Huracan Spyder for his son Gasparino Caruso from Lamborghini Montreal in July of 2017.

The suit claims that Calogero Caruso had even re-mortgaged his house in order to buy the Lamborghini for his son, saying it was "his dream to own such a luxury vehicle."

"Instead, it has been a total nightmare," the plaintiffs claim in the suit. (None of the claims has yet been tested in court).

The plaintiffs claim the problem developed just days after they took possession of the luxury car when they noticed it had started to turn yellow.

The Carusos say the dealership's boss, John Scotti, told them the car was indeed white but can look a little yellow in the sun.

The plaintiffs say they gave the dealer the benefit of the doubt and parked the car indoors but still noticed that it was turning yellow.

The suit alleges that the standoff between the Carusos and the dealers lasted for months, with the plaintiffs refusing the dealership's offer to have the car repainted - which the Carusos maintain would drastically reduce the residual value of the car.

The Carusos returned the car to the dealership in August of 2018 - and have continued to pay the mortgage taken out to pay for it, as well as the insurance and registration costs - all while the dealer has refused to refund them the purchase price, a situation the suit calls "simply unacceptable," noting that they no longer want the car in question.