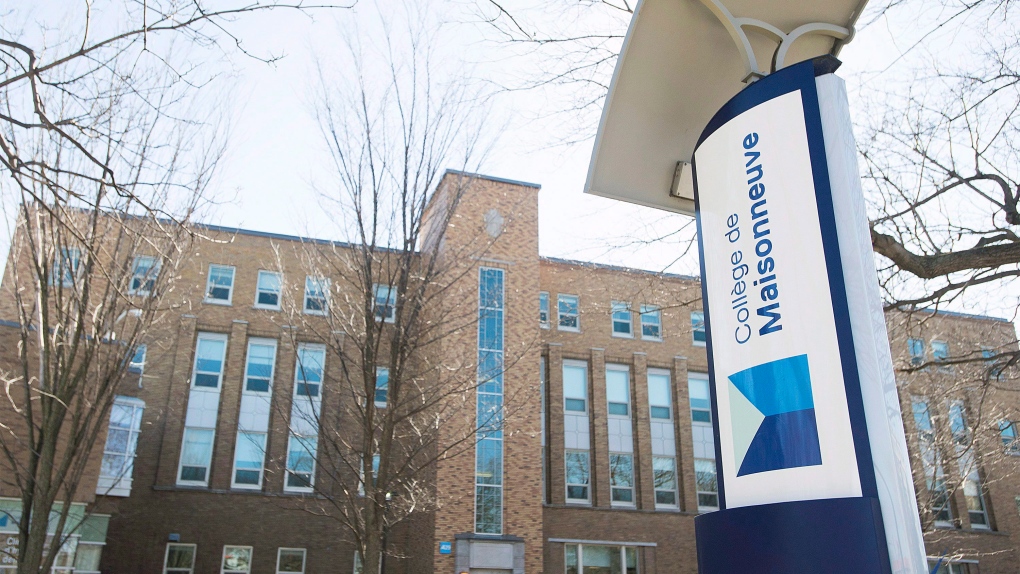 College de Maisonneuve is shown in Montreal, Sunday, March 13, 2016. Staff at the school have been named recently in posts alleging sexual harassment or assault. THE CANADIAN PRESS/Graham Hughes

MONTREAL -- Leering looks, filthy comments, inappropriate advances and attacks: the most recent wave of denunciations has once again splashed the Quebec higher education community at the very moment when it is taking stock of its efforts to better protect its students.

The findings are nothing new: sexual violence is a real scourge in CEGEPs and universities in Quebec. A law was adopted in 2017 requiring each establishment to adopt a policy which should include mandatory training as well as clear guidelines for handling complaints. Sep. 1 will mark the end of the first year of implementation of these policies.

And while its time to assess the policies, a mistrust seems to persist among many students, who have turned overwhelmingly this summer to social media to testify and even warn against their assaulters.

On the Instagram account 'victims_voices_academia,' among others, posts accuse professors, sometimes still in office, of staring at students' breasts, of making comments on their bodies, of seeking to interfere in their personal lives, inviting them to their homes and extorting sexual favours.

It is not uncommon for the people behind the posts to specify that they have already lodged a complaint, in vain, or have avoided even trying to contact administrations, as they have a reputation of turning a deaf ear.

At College de Maisonneuve, where several professors have been named, the administration is said to have followed up on the allegations that surfaced online, even if formal complaints were not filed.

"Although the policy (to prevent and counter sexual violence) does not provide for an anonymous reporting procedure on social media, all persons who were employees of the college and who were the subject of a post have been spoken to. The college will not make any other comments on this subject," communications advisor Emilie Laramee wrote in an email.

At the University of Quebec in Montreal (UQAM), which is also among the many institutions singled out, the school said that it is closely following the reports and is encouraging alleged victims to use the official channel by contacting the Intervention and Harassment Prevention Office (BIPH).

"Nevertheless, UQAM takes into account the anonymous testimonies that target members of the school community, whether they are published on Instagram or transmitted directly to the BIPH, and it checks these stories," said university communications officer Jenny Desrochers.

For the Federation of College Students of Quebec (FECQ), which represents nearly 78,000 CEGEP students, the latest in a series of waves of denunciations shows that resources are still lacking to make campuses safer and inspire real confidence.

"If it was enough, if it really helped the student population to denounce (perpetrators), to initiate proceedings, if the student population felt safe, there would be no need for this kind of denunciation," said FECQ president Noemie Veilleux. "The fact that a student, any student, feels obliged to denounce (someone) publicly in order to be heard and accommodated demonstrates a problem which is very large in higher education."

In a telephone interview with La Presse Canadienne, the FECQ president criticized the administrations for contenting themselves with fulfilling their legal obligations, nothing more.

In some CEGEPs, the intervention offices whose mandate is to deal with complaints are closed at the most important times for students (such as at noon), and the student associations are left to fend for themselves, she said.

"If we just try to do the minimum, we will clearly not be able to alleviate the problem, which is a culture of rape on our campuses," said Veilleux,

The Quebec Student Union (UEQ), which has 91,000 university members, believes for its part that it is too early to determine whether the efforts of the past year remain insufficient. UEQ president Jade Marcil believes that the current reluctance to file a complaint through official channels can be attributed to the damage caused by years of neglected denunciations.

She said she is impatiently awaiting the reports that the institutions will have to submit to the Ministry of Higher Education in the fall to take stock of the application of their respective policies aimed at preventing and combating sexual violence.

"With accountability, it will be possible to know if there was a lack of resources for the establishments to do more, and if what was granted was in the right place to meet the right needs," she said.

"Following the first year of implementation, there will be improvements to be made, but it will still not be perfect. There is an important culture change behind that, regardless of the number of mechanisms that will be put in place," she said. "It must be a social change, much more than procedural."