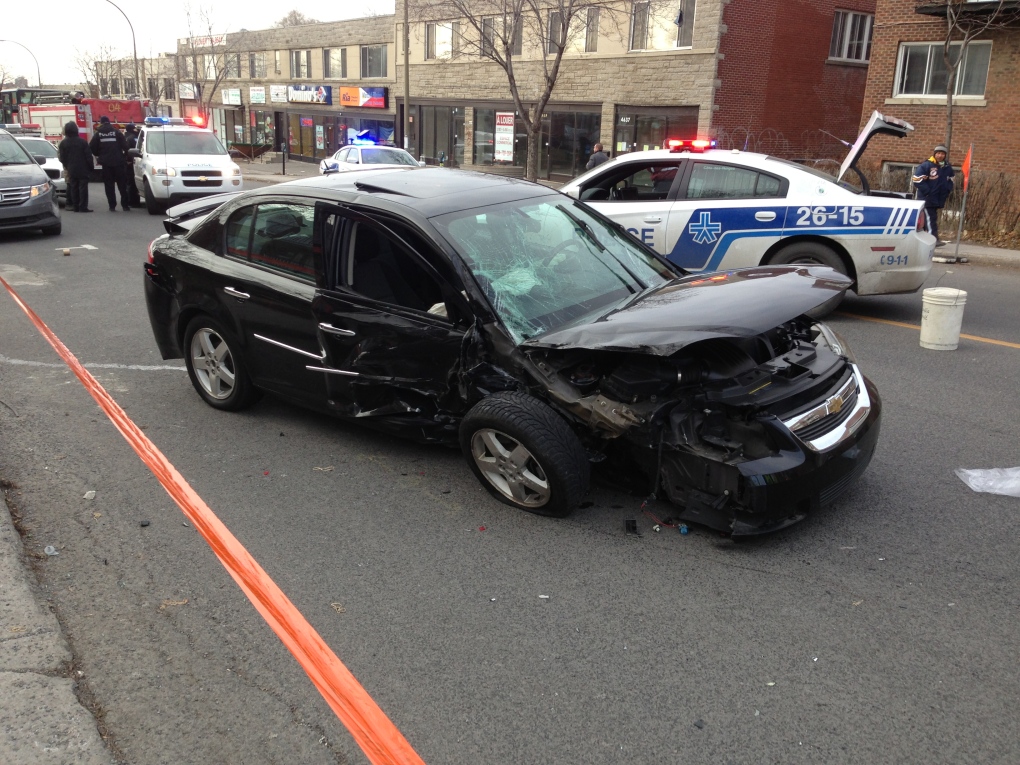 This car hit two pedestrians before crashing into an SUV and an oncoming car. Injuries were minor (CTV Montreal / JL Boulch)

MONTREAL -- Seven people were sent to hospital Sunday morning following a hit-and-run and collision in Cote-des-Neiges.

Witnesses told police that at about 9:40 a.m., a black car ran a red light at the corner of Van Horne Ave. and Cote-des-Neiges Rd., hitting two pedestrians.

The car then sped away west on Van Horne before rear-ending an SUV at the corner of Lavoie St. The car spun out and collided with an oncoming car.

The driver of the oncoming car wasn’t hurt, but the two pedestrians were taken to hospital with minor injuries to a leg and hand.

The three people in the SUV suffered minor back and neck injuries. The couple in the black car - a 75-year-old woman who was driving and a 90-year-old man who was the passenger - was also treated for minor injuries.

Police would not confirm whether charges will be laid against the driver of the black car.