Mini-forest along McGill College, winner of landscaping contest, will 'extend the mountain' 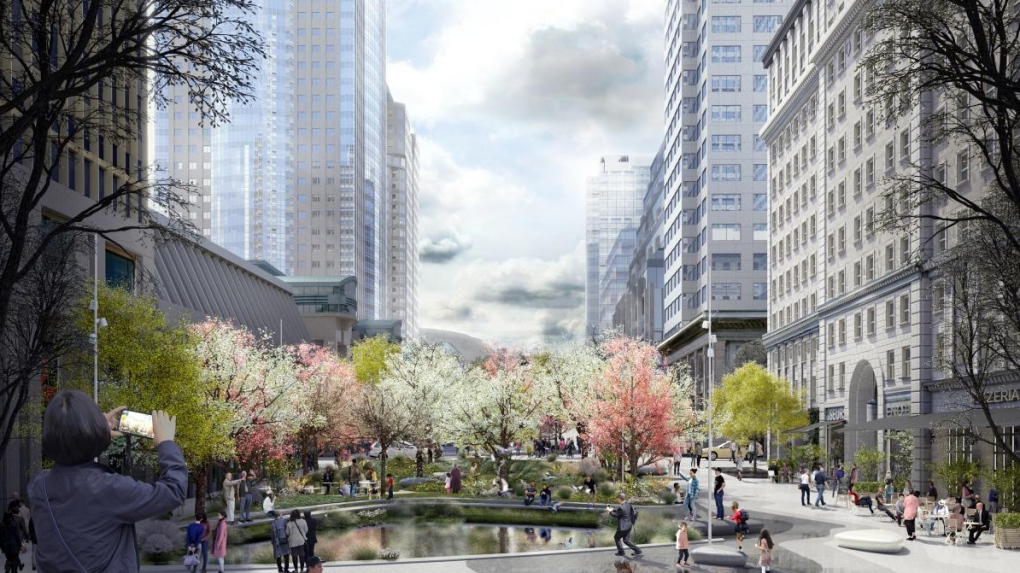 MONTREAL -- One of Montreal's most recognizable downtown boulevards is getting a serious makeover -- a mini-forest and pool nestled among the cars.

A copse of trees, long grasses and rocks will spring up in the middle of McGill College after a landscaping and rearranging job that will create a small recreational area in the median.

Montreal launched a contest last year to get submissions for McGill College's redesign, and the winning team was announced Thursday, along with its plans.

The team is made up of Montreal-based company civiliti and the international one Mandaworks, which have worked together on design projects, and SNC-Lavalin.

Pictures of the plans show benches, smooth rocks among trees, ferns and long grasses along the centre of the boulevard, which already has a wide median. One picture shows a decorative pool.

"This image of the forest extends the mountain to Place Ville Marie, like a linear park in the heart of the city," says a release from the city, describing the jury's comments. 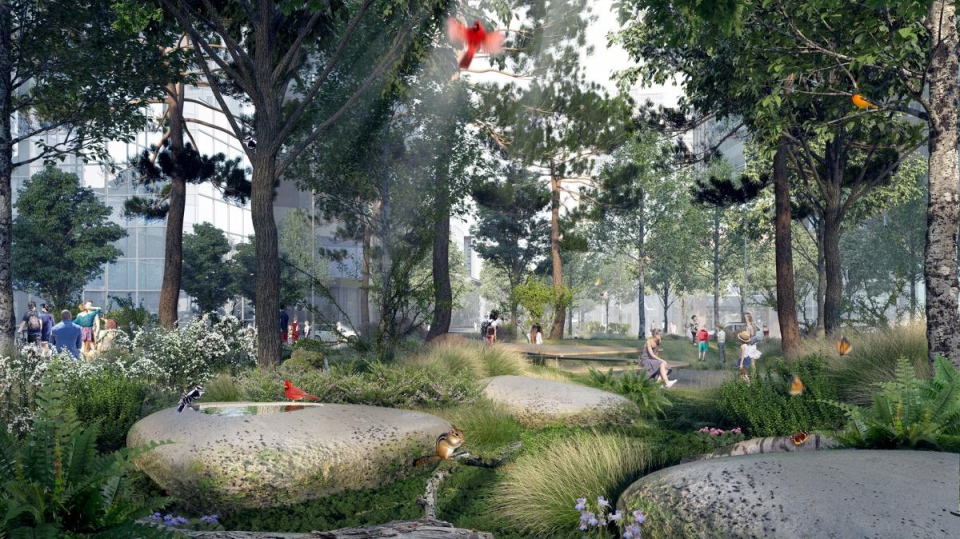 "This development concept also meets the challenge of significantly increasing the [tree] canopy while freeing up the visual corridor from the avenue to Mont-Royal."

The winning team's submission was the one that best met the city's objectives, which included greening and reducing heat islands -- meaning when areas with too much concrete trap heat and significantly raise summer temperatures.

The revamping of McGill College was the subject of an extensive public consultation process in which more than 1,000 people weighed in, the city said, leading to the final list of goals.

Work is expected to start in 2023, said the release. 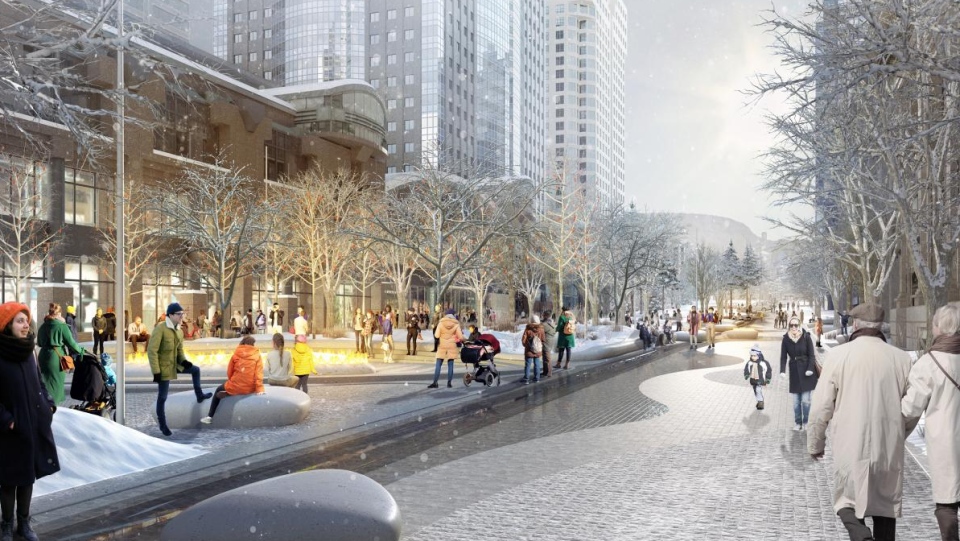