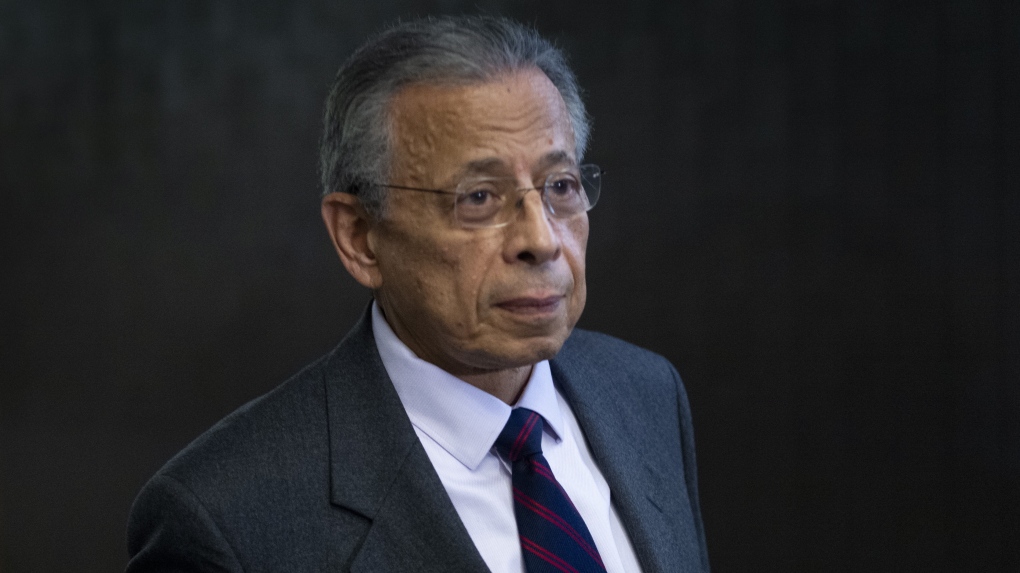 MONTREAL -- Millions of dollars that ended up in the accounts of a former SNC-Lavalin executive on trial for fraud and corruption were legitimate bonuses authorized by the company's president, the defence said in final arguments Tuesday.

Sami Bebawi's legal team told the jury the money was compensation for their client's work manoeuvring complicated contracts in Libya.

"What we submit is that simply, Mr. Jacques Lamarre had decided to remunerate Mr. Bebawi for his particular expertise in project management," Bien-Aime said.

"Mr. Sami Bebawi wasn't an employee like the others, and his tasks were not like any other."

Bebawi has pleaded not guilty to five charges including fraud, corruption of foreign officials and laundering proceeds of crime.

Lamarre was not called as a witness, and Bebawi didn't present a defence.

The prosecution alleges the engineering giant transferred about $113 million to shell companies used to pay people who helped the company collect money and secure contracts in Libya, beginning in the late 1990s.

It is alleged that what remained in the accounts after the kickbacks and bills were paid was split 50-50, with Bebawi pocketing $26 million.

The trial centred on interactions with Moammar Gadhafi's son, Saadi, who was allegedly able to facilitate business dealings for the Montreal-based company in Libya. Notably, a $25-million custom-made luxury yacht was purchased for the younger Gadhafi.

Ben Aissa testified that Bebawi maintained pressure on him to do what was needed to land Libyan contracts and that all decisions went through Bebawi.

Bien-Aime warned jurors to be wary of Ben Aissa, the principle Crown witness, whom he described as providing unreliable testimony and repeating the same sound bites implicating Bebawi over several days on the stand.

"If a messenger gives you a reason not to trust them, be wary of their message," Bien-Aime told jurors. "Repetition makes the facts seem more true, even if it's not."

Ben Aissa spent 30 months in preventive detention in Switzerland before pleading guilty there to bribing foreign officials and money-laundering stemming from the Libya dealings. He signed an agreement to co-operate with the RCMP before being extradited to Canada.

The defence cast Bebawi as an expert in project management recruited by Lamarre personally to deal with complicated projects in the Libyan desert but said Ben Aissa was the one with the contacts.

The defence maintained there was no evidence that contracts were inflated to reflect payoffs, and in the case of the yacht, Bien-Aime argued that Bebawi had passed along the decision to Lamarre, his superior.

The defence also dismissed the notion that the younger Gadhafi was a foreign public official, describing him instead as a "spoiled child" who had a direct line to the late dictator but was not able to approve deals himself.

"We ask you to look at Saadi Gadhafi for what he was -- nothing more than the son of Moammar Gadhafi without any real power," Bien-Aime said.

Jurors are to receive final instructions Wednesday before retreating to deliberate on the matter.

This report by The Canadian Press was first published Dec. 10, 2019.