MONTREAL -- A team from the University of Quebec in Rimouski (UQAR) would not be out of line in blasting "Message in a Bottle" by the Police these days as it looks into a letter that could have been thrown from the deck of the Titanic hoping that it would reach her father in America.

A multidisciplinary team from the university located five hours east of Quebec is analyzing a letter from a bottle thrown into the sea the day before the Titanic sank, April 13, 1912.

A release from the university says that a New Brunswick family found the bottle on a Hopewell Rocks beach in the Bay of Fundy in 2017. They then gave it to the UQAR to examine it.

"I am throwing this bottle into the sea in the middle of the Atlantic. We will arrive in New York in a few days. If anyone finds it, let the Lefebvre family in Lievin know," a translation of the message signed by Mathilde Lefebvre reads.

The release says Lefebvre was a 12-year-old girl from Lievin, Pas-de-Calais in France, and she was in the third class department on the fated ship with her mother, Marie Daumont, and three of her brothers and sisters.

The family was headed to join her father Franck Lefebvre, who left France in 1910 with four other children.

The young girl and her family members were killed along with around 1,500 others who perished when the famous liner struck an iceberg and sank in the frigid Atlantic Ocean. 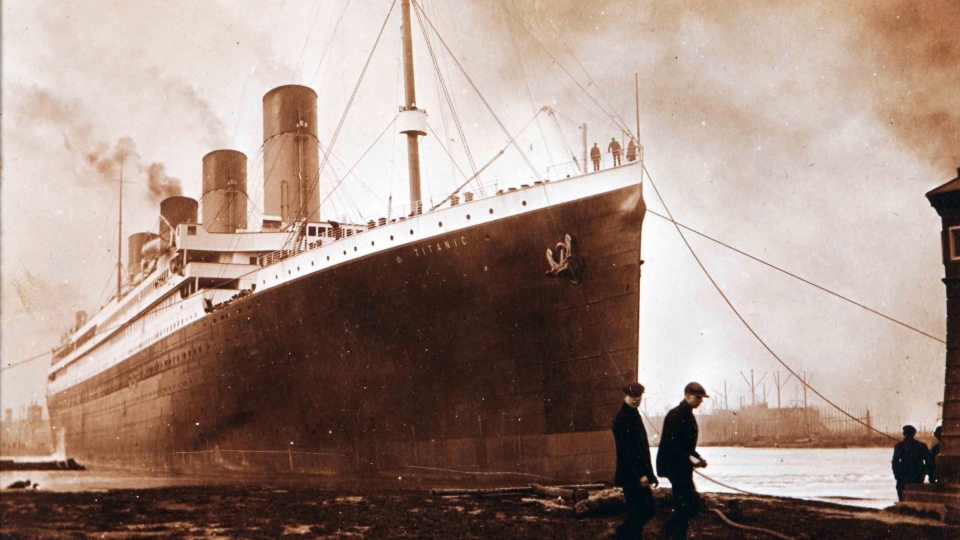 Historian Maxim Gohier is the head of the team that will examine the letter.

"The bottle could be the first Titanic artifact discovered on American shores," Gohier said in the release. "But the story of its discovery and the excitement surrounding it is also an interesting object of study. The discoverers were met by members of the team to document the location and circumstances of the find, as well as members of the Lefebvre family living in Aix-en-Provence."

Gohier is joined by members of UQAR's archeology, chemistry, and other departments who will analyze the ink, paper, cork stopper, wax seal and other elements of the objects.

The team will also determine how the bottle found its way along the currents and waves into the sands of the Bay of Funday.

"However, we can already confirm that the bottle and its contents are not materially incompatible with the date written on the letter," said archeology professor Manon Savard.