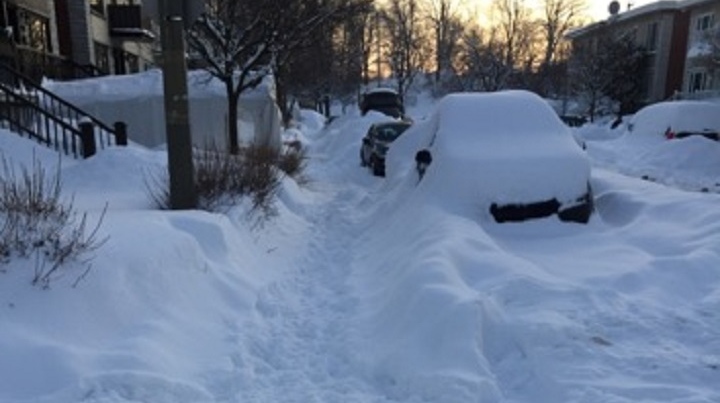 Mercier-Hochelaga-Maisonneuve snow clearing is lagging behind and residents aren't happy about it. (Credit: Paula Domingues)

"It’s unbelievable that as of Monday’s snowfall, the borough did not at least clean the sidewalks," she told CTV News. "This year, in particular, the snow removal has been terrible."

She says it's been a constant struggle to get around because of the intense accumulation of snow that has yet to be removed. 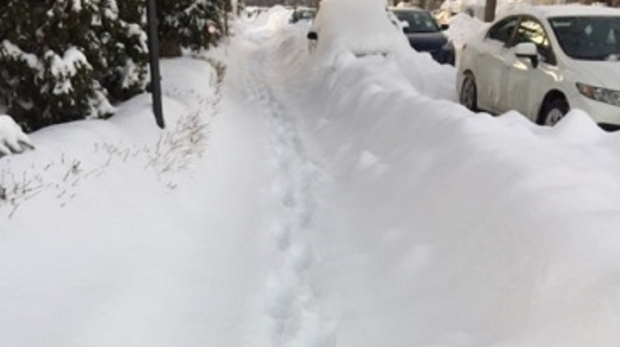 "My neighbours are also frustrated," she said. "There are seniors that don’t go out because there is too much snow on the sidewalks. There are also people with mobility issues. Two-way streets are now one-way streets."

Domingues says she's both called and e-mailed the borough, but to no avail.

"Nothing was done about it," she stated.

SLOW PROGRESS IN SOME BOROUGHS

Montreal officials insist they have been working hard to try to clear the streets after more than 40 cm of snowfall fell in less than 24 hours last week, but the progress is vastly different from borough to borough.

"Every Montrealer will have to be patient because we'll need some more days to complete the operation," city spokesperson Philippe Sabourin told CTV News earlier this week. "It's a huge job for our crews." 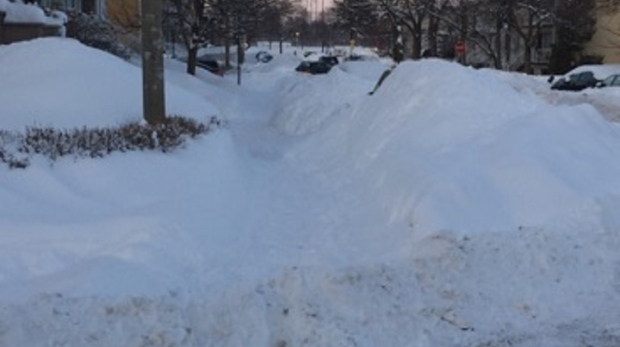 Throughout the city's snow removal process, Mercier-Hochelaga-Maisonneuve has often trailed behind as one of the slowest boroughs to get the job done – right alongside Verdun and Saint-Laurent.

As of Thursday morning, those three boroughs reported just over 50 per cent of streets cleared on Info-Neige; while others like Lachine, the Plateau-Mont-Royal and Saint-Leonard boasted progress of over 80 per cent.

Sabourin notes the hope is to have all the streets cleaned by early next week.

This is the fifth snow clearing operation of the 2019-2020 season – and city officials say it is one of the largest.