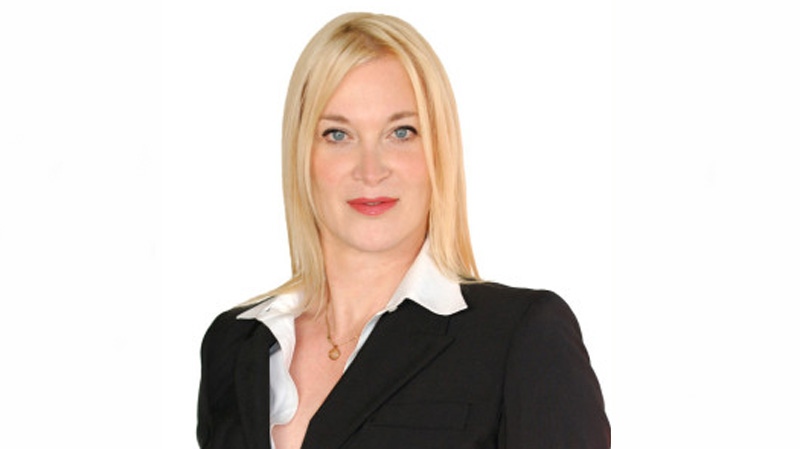 Bibibiane Bovet, who is running for Melanie Joly's team in the De Lorimier riding of the Plateau Mont Royal borough, is a transsexual and former escort. (Image: vraichangementmtl.org)

Bovet, the unconventional city council candidate running for the De Lorimier seat in the Plateau Mont Royal borough, had drawn attention for having an unusual past.

Joly defended Bovet at length Friday after reports revealed that Bovet had a past as an escort selling sexual services.

On Friday, Joly was unable to answer the many questions asked about whether Bovet had paid all applicable income taxes on money earned from her services in the demimondaine world of the Montreal sex trade.

On Saturday reports emerged that Bovet's financial activities had become the subject of an investigation by the Financial Markets Authority (AMF). Her name - or Claudine Bouvet, one of her pseudonyms - was associated with an online initiative to raise funds to create a new international currency, according to a report in the La Presse newspaper.

On Sunday afternon, Joly explained to reporters that her party would no longer be associated with Bovet’s council bid due to Bovet’s financial issues. Joly's party will not run a replacement candidate in the riding.

Joly told CTV Montreal's Derek Conlon during a press scrum Sunday that her party had originally failed to scrutinize Bovet's activities in an adequate fashion because her team is small and has relatively few resources.

But Joly said that her hand was forced when she couldn't get a clear explanation from Bovet about the financial intiative.

"My team tried to analyze the structure of her business and when I was unable to get her to explain it clearly, I withdrew my support for her candidacy," said Joly.

Joly, who was flanked by 11 of her council candidates, reiterated that Bovet's background as an escort had nothing to do with the decision.

Bovet had been running to replace incumbent Josee Duplessis of Projet Montreal, as the Executive Council member recently quit politics to raise her son.

Other candidates in the De Lorimier riding include Suzanne Craig of the Coalition Montreal, Louise Mainville of the Projet Montreal and Carmelle Marchesssault of the Denis Coderre Team.