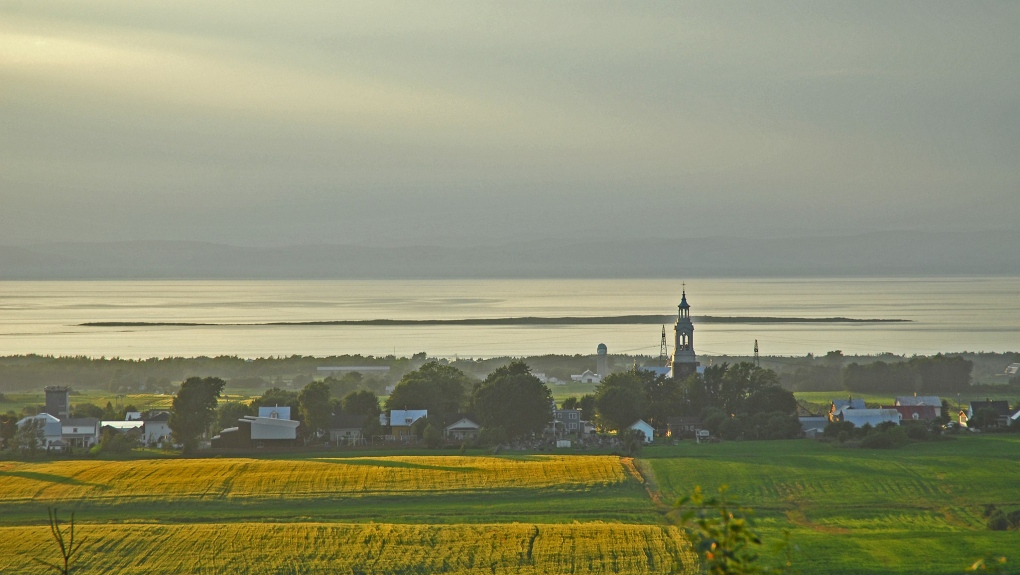 St-Eloi Que. is one of several municipalities without a mayor, as nobody threw their hat into the ring for the Nov. 7 elections. SOURCE: Municipalite de Saint-Eloi/Facebook

MONTREAL -- There's nobody running for mayor in St-Eloi, a small Quebec municipality that offers panoramic views of the St. Lawrence River.

The 300-person community about 210 kilometres northeast of Quebec City will have to launch a second appeal for candidates after nobody threw their hat in the ring ahead of the Nov. 7 municipal election -- and it isn't alone.

While cities such as Montreal are fielding up to 10 candidates for mayor, many smaller communities in the province are hunting for takers.

The number of vacancies is higher this year, but two experts who spoke to The Canadian Press say they remain within the historical averages. Still, they acknowledge recruiting mayors in some communities is a challenge due to small populations and low salaries, as well as the increasing complexity of the job and scrutiny from the public.

Mario St-Louis, the outgoing mayor of St-Eloi, says he's been doing a job that requires "seven days a week, 24 hours a day" -- all for about $6,000 dollars a year. "It's practically volunteer work," he said in a phone interview.

While he's enjoyed the work, he's now 72 and wants to retire. He's not entirely surprised there's nobody to replace him. He said young people in town usually have families and full-time jobs, and most of the local retirees have already taken a turn and are ready to move on.

St-Cyrille-de-Lessard, a municipality about 85 kilometres northeast of Quebec City, is also looking for a new leader after current Mayor Denise Deschenes announced she wouldn't seek a second term due to health reasons.

Deschenes said in a recent phone interview that while she was surprised nobody stepped forward, she understands why some hesitate. The job involves evening meetings and can be hard for work-life balance, especially for someone like her with a family and children.

Mayors also have to contend with criticism from the public, which she said sometimes crosses the line into bullying or harassment. "We have to denounce it," she said, "because that's how we'll get things back on track and make our jobs easier."

Laurence Behrer, a political science professor at the Universite de Montreal, says small towns will always have a harder time filling positions at city hall because they have a much smaller pool of potential candidates. Candidates also may run unopposed more often because residents know each other.

"They might hesitate to run because they know (their opponent) or their family, so the idea of competition becomes more difficult," she said in a phone interview.

Behrer says the job of being a small-town mayor has become increasingly complex as provinces have off-loaded more responsibilities on municipalities. They also have to contend with new challenges, such as climate change.

Daniel Cote, the president of the Union des Municipalites du Quebec, says a mayor's job now goes far beyond "garbage pickup and snow removal" and into the realms of economic development, infrastructure management and family policies.

"We have to be aware that, as of today, the responsibility of municipal politicians in general is much larger than what it was 10, 15, or 20 years ago," he said.

Furthermore, he said the advent of social media now means mayors are expected to answer to citizens around the clock instead of once a month at council meetings.

Cote, who is also the mayor of Gaspe, says his organization has had some success in recruiting more young people and women to run and is offering resources to help elected officials deal with issues such as online harassment and work-life balance.

However, he said it's crucial for some municipalities to raise mayoral salaries, which are often below $10,000 a year, to reflect the new realities of the role.

Increased salaries remain a "taboo subject" and a difficult one to broach, since many small towns also have small tax bases. However, Cote maintains it can be done. He said a number of smaller cities, including Gaspe, have chosen in past years to raise the salaries to allow elected officials to serve full-time.

"If we want talented people, we have to compensate them," he said.

If small towns don't manage to attract a candidate after a second nomination period, a candidate can be appointed. However, Cote says that rarely happens.

Despite the challenges of the job, St-Louis, Deschenes and Cote all say it comes with significant rewards, such as a chance to make positive impacts on their communities.

Deschenes says that now that her health is improving, she might stay on for a second term if nobody else comes forward. St-Louis is still hoping to retire but says he, too, would rather stay on than see an outsider named to the job.