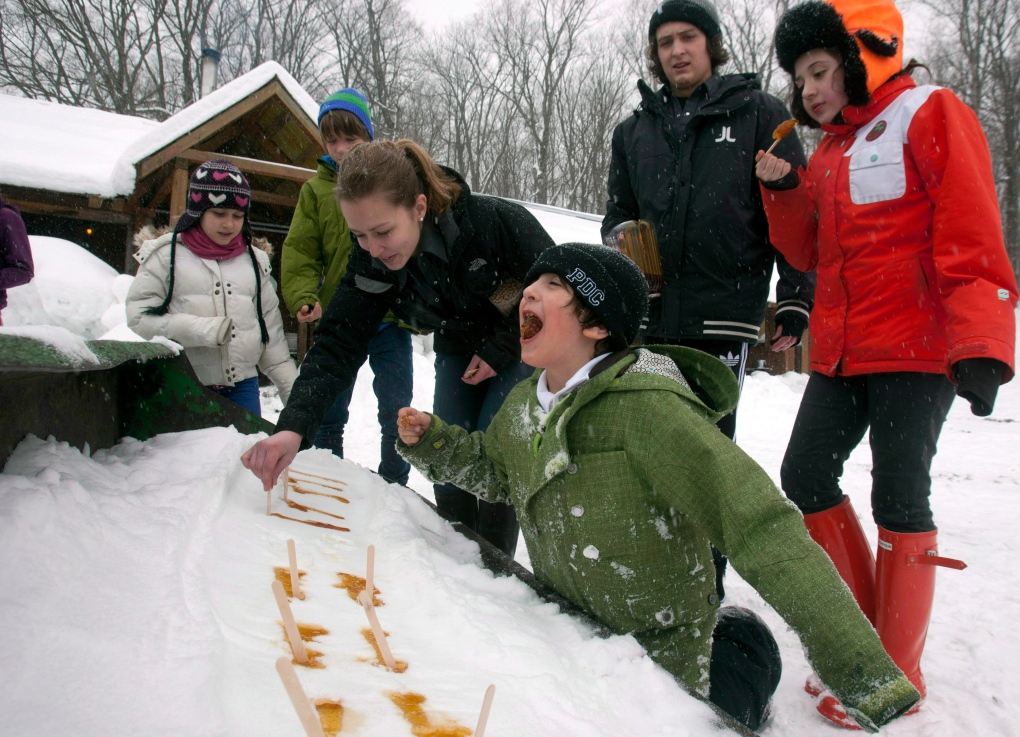 The Federation of maple syrup producers said that this spring farmers in Quebec produced 148.2 million pounds of syrup, which is 20 percent more than the previous record set in 2013.

They say that will earn $400 million for farmers.

The weather this spring was especially favourable for sap production, with multiple periods of freezing and thawing, and some regions able to start collecting sap in February.

The harvest wrapped up in May in the lower St. Lawrence and the Gaspé.

In order to maintain its pre-eminence as a maple syrup producer the Federation loosened its quotas on production this year.

That came about because maple syrup production in the United States has been increasing by ten percent a year, and if those production increases stayed constant Quebec would be outpaced by the U.S. in a decade.

A report commissioned by the provincial government said the Federation that controls maple syrup has been too strict with its production of the maple syrup, and had to learn to compete with international competition.

The Federation is the only legal buyer of maple syrup in Quebec.