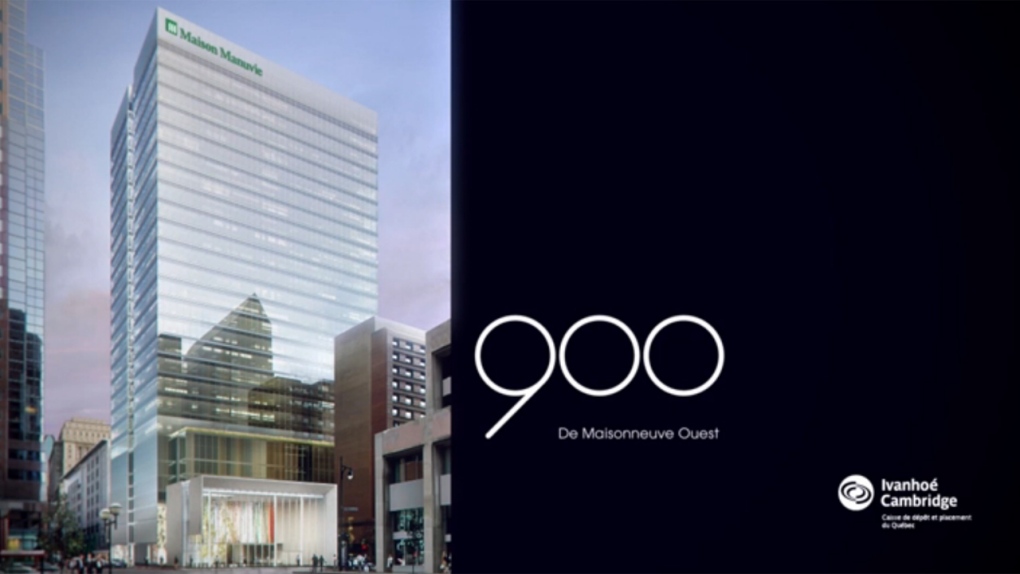 The Manulife building planned for 900 de Maisonneuve, as seen in an image provided by Manulife

TORONTO -- Manulife Financial Corp. has signed a deal for a new office in downtown Montreal.

The insurance company says it has signed a partnership agreement with Ivanhoe Cambridge, the real estate subsidiary of the Caisse de depot et placement du Quebec, to build and own a new 27-storey building.

Construction will begin early next year and is expected to be completed by 2017.

The building will be named Maison Manuvie. Ivanhoe Cambridge will be the project manager and act as property manager after it is complete.

The deal is conditional on the approval of Manulife's acquisition of the Canadian operations of Standard Life by regulators and shareholders for $4 billion.

Once finished, Manulife will occupy more than half of the new building as more than 2,000 employees in other buildings will move into the office.