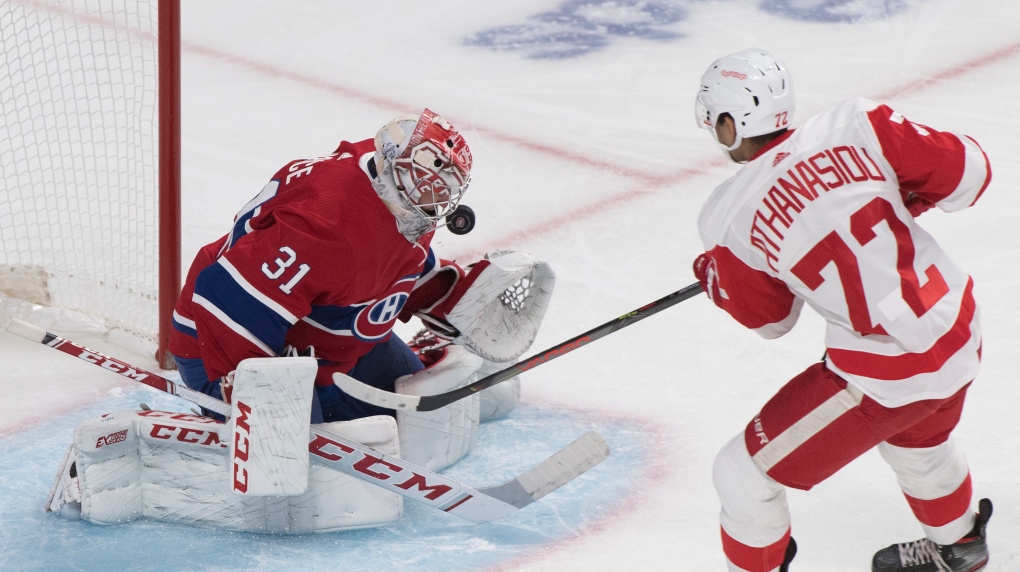 Darren Helm, Tyler Bertuzzi and Luke Glendenning, into the empty net, also scored for the Red Wings (3-1-0), who snapped a nine-game losing streak against Montreal.

Defenceman Danny Dekeyser had two assists while Jonathan Bernier made 33 saves on 35 shots.

Joel Armia and Max Domi scored for the Canadiens (1-1-2), who were playing the second game of a back-to-back after a 5-4 overtime loss in Buffalo. Carey Price was back in net and stopped 30-of-33 shots.

Detroit had not won in regulation time in Montreal since 2007.

With the score tied 2-2 in the second period, 2013 first-round draft pick Mantha scored the winner on the power play at 15:38. Continuing his red-hot start to the season, the Longueuil, Que., native beat an unscreened Price top corner with a one-timer.