SAINT-EUSTACHE -- The regional health authority in the Laurentians region of Quebec may have offered several placements for personal attendants at a Saint-Eustache hospital last fall, with one special condition: they must be white.

According to documents first obtained by La Presse, several internal emails required a white staff member to attend to a so-called “difficult patient” in Saint-Eustache, who would not accept care from a person of colour.

“Unfortunately,” reads one of the messages, the patient “only accepts women of white skin colour.”

Another specified that the attendant “must have white skin.”

“White woman only,” read another request.

The CISSS Laurentides has launched an investigation into the origin of the emails Wednesday, which “stunned” health directors. 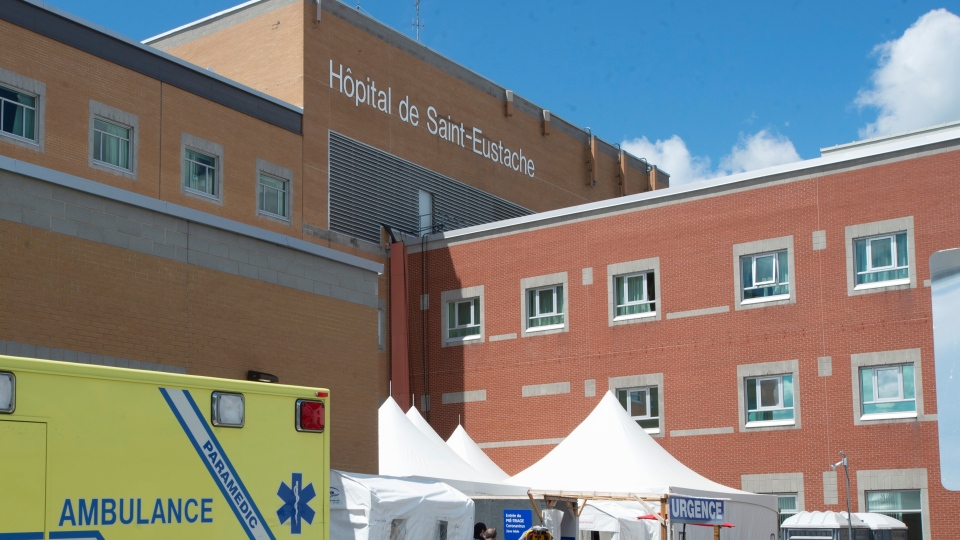 The regional health authority has launched an investigation into reported job offers for white women only at the the Saint-Eustache hospital, as seen in this file photo. THE CANADIAN PRESS/Ryan Remiorz

“Senior management and I were stunned. We would never have authorized such a thing,” said CISSS Director Rosemonde Landry, who told CTV News that the health board should provide equal opportunities for employment, “regardless of age, race, or gender.”

Landry said the patient in question suffers from cognitive impairments, who likely became “disorganized” while receiving care from a person of colour.

“But despite this situation,” said Landry, “we consider that unacceptable, because there would have been other options.”

The Quebec Human Rights Commission issued a statement Wednesday, noting that discrimination and racist practices are prohibited in job postings.

"This job offer is shocking considering the large number of racialized people, especially women from these groups, who work in the health field and who have supported a health network that has been severely tested by this past year's pandemic," said Myrlande Pierre, vice president of the Commission.

A race-specific job is not only discriminatory, but also against the law, according to patients’ rights advocate Paul Brunet.

“Posting a white-exclusive job is totally illegal,” said Brunet, who himself has advocated to allow patients a degree of choice when it comes to the people who care for them.

“Elders, especially ladies, wanted to be bathed by ladies,” said Brunet, recalling other examples where patients can make requests based on the identity of the attendant. “We fight for English patients [to receive care in English], and the reverse for French patients.”

But, he says, “I will never fight for exclusively white positions.”

“If you’re telling me they tried but they can’t find anyone,” said Brunet, “there are some issues they don’t want to talk to us about.”

Work discrimination is illegal, it’s immoral, it’s unacceptable in a democratic society. This should not be happening in Quebec,” said Quebec Solidaire Spokesperson Gabriel Nadeau-Dubois.

He said the emails suggest structural racism within the health network.

“Racism is not only a ‘bad apples’ problem. There is a structural component to racism. We need to have that conversation and we need to address this in Quebec.”

“There needs to be a swift and strong response from government on this,” said Liberal MNA Andre Fortin.

[The government] needs to send a signal that this cannot happen again.”