Man who served time in Nepal for abusing young boy was too ill to register as offender: Crown 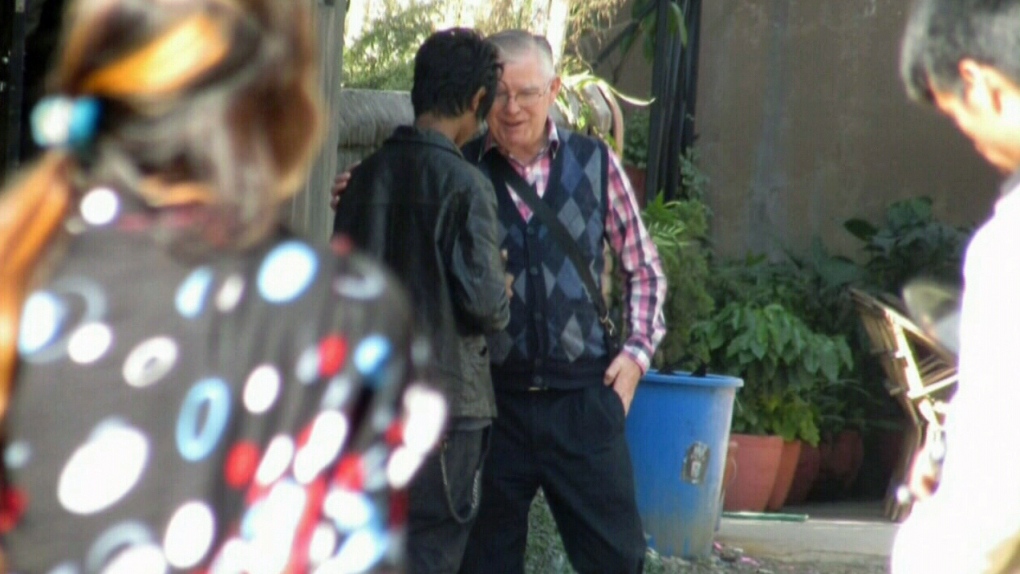 Ernest Fenwick MacIntosh is seen prior to his Dec. 2014 arrest in Nepal. (CTV Atlantic)

A Nova Scotia man who served time in a Nepalese prison for sexually abusing a nine-year-old boy has been acquitted on a charge of failing to report to police in Quebec and register as a sex offender upon his return to the country.

Ernest Fenwick MacIntosh was formally acquitted Wednesday at the Montreal courthouse after the Crown said it learned he had been in hospital near death around the time of the alleged offence.

His attorney provided medical documents that showed MacIntosh was gravely ill when he returned to the country and confined to a wheelchair in a hospital, which explained his inability to check in with law enforcement and register as a sex offender, prosecutor Annabelle Sheppard said in an interview.

In 2007, MacIntosh was extradited from India to face charges in Canada of indecent assault and gross indecency in connection with allegations he sexually abused boys in Cape Breton in the 1970s.

He was convicted in two separate trials of molesting four boys in Nova Scotia, but the convictions were quashed in April 2013 after the Supreme Court of Canada ruled the cases took too long.

In 2014, MacIntosh was arrested in Nepal after he allegedly lured a nine-year-old boy to a hotel for sex. He was convicted of sexual abuse in that country and sentenced in 2015 to seven years in prison. At the time, he was 71 years old.

MacIntosh, now 76, wasn't in court on Wednesday but had pleaded not guilty to the charge, which dated back to October 2018.

"It was actually confirmed by the doctor who mentioned that he was really in his last stages (of melanoma), however he has gotten better since April 2019," Sheppard said.

Sheppard said as soon as his health improved, MacIntosh registered with police.

This report by The Canadian Press was first published Sept. 18, 2019.