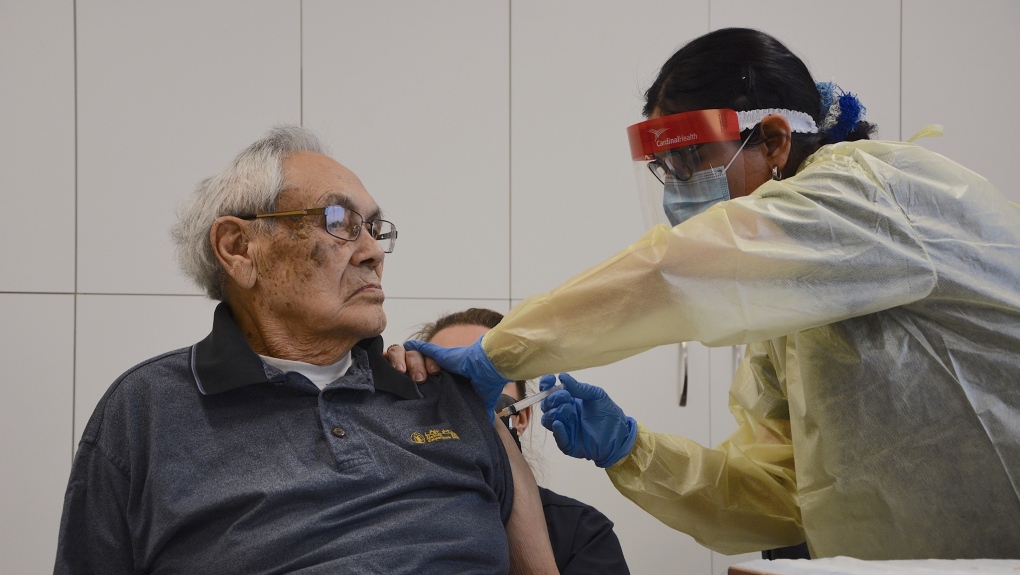 Order of Nunavik recepient Johnny Watt became the first person in the region to receive the Moderna vaccine. SOURCE: Nunavik Regional Board of Health and Social Services/Facebook

MONTREAL -- He is a recipient of the Order of Nunavik and once helped deliver the measles vaccine to his community -- by dog team. On Sunday, Johnny Watt was the first Nunavimmiuk to receive the Moderna COVID-19 vaccine.

The resident at Tusajiapik Elders' Home is part of the priority population, first in line for the Moderna vaccine, in the 14 communities overseen by the Nunavik Regional Board of Health and Social Services.

"Johnny Watt... is a prominent figure in Nunavik history," the health board wrote on its Facebook page.

"One of his many contributions worth mentioning is that he helped deliver the measles vaccine in the early 1950s by dog team."

The health board said that local CLSC nursing stations will contact those in the priority population, while vaccination in the general population will begin in February. NRBHSS spokesperson Josee Levesc said the board received 1,000 doses.

"The most vulnerable will be receiving their first doses," said Levesc. "The first priority group consists of 800 people."

Two of the 14 Nunavik communities are at a yellow, controlled risk level, while the other 12 are at the green, low-risk level.

Nunavik has had 36 confirmed COVID-19 cases since the start of the pandemic and reported six new cases in the past week.

The region of just over 13,000 people has not reported a single death due to the disease. 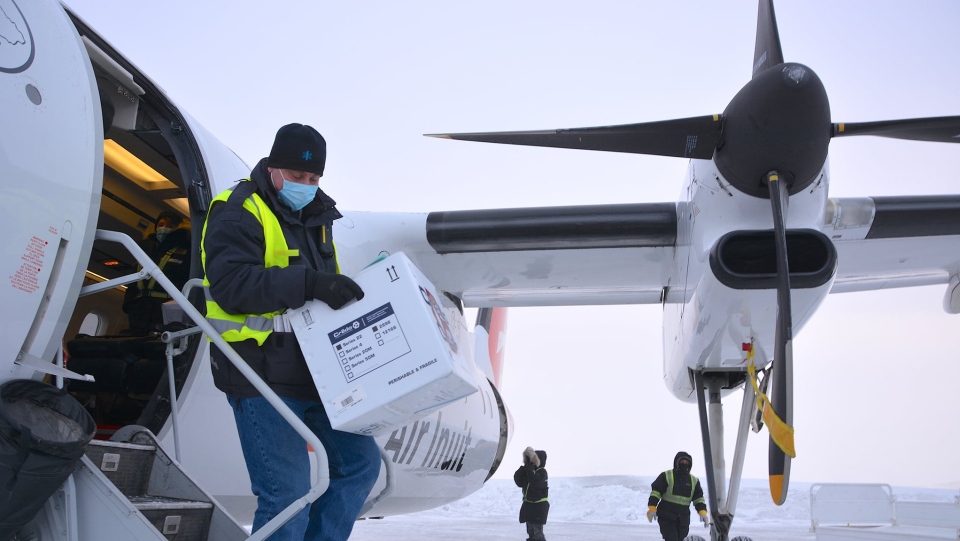