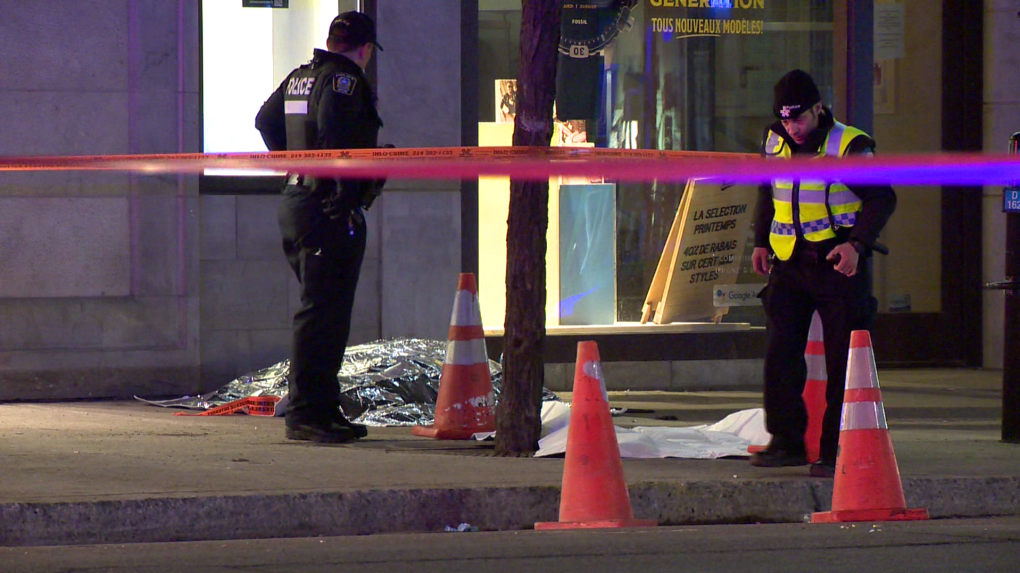 A man was stabbed on Sainte-Catherine Street on Tuesday, May 5, 2020. / Cosmo Santamaria, CTV Montreal

MONTREAL -- A 61-year-old man who may have been homeless has died and one person is in custody after Montreal police found an unconscious person with stab wounds downtown at around 2:30 a.m. on Tuesday.

Montreal police said they can't confirm whether the man was homeless, but given the fact that nightlife across the city has been closed amid the COVID-19 pandemic, the streets have been fairly empty lately.

"At that hour, there aren't many people left in theory -- it would be surprising that there's really any nocturnal activity," SPVM spokesperson Julien Lévesque told CTV News. "it's been a few weeks since people have been asked to stay inside."

Officers stumbled upon the man on Sainte-Catherine Street near the Drummond Street intersection during their overnight patrol of the area.

“From there, the Urgences-Santé personnel were called on site, but unfortunately the man was confirmed dead,” said SPVM spokesperson Jean-Pierre Brabant. 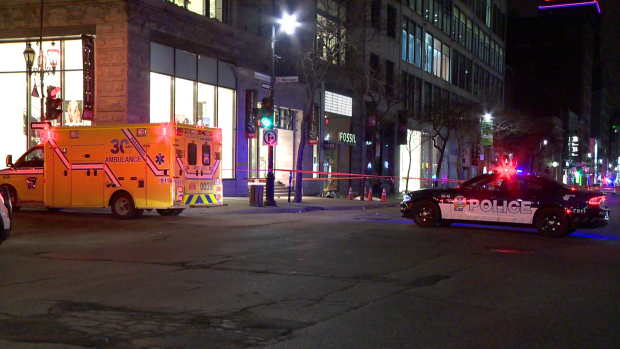 The SPVM says this is the city’s sixth homicide of the year.

The suspect, a 60-year-old man, was located near the scene and will be met by investigators on Tuesday.

A perimeter has been established on Sainte-Catherine Street between Drummond and De la Montagne Streets, and Drummond Street is closed between De Maisonneuve and René-Lévesque Boulevards.

Police plan to look at surveillance footage from nearby stores to understand the circumstances surrounding the event.