Man survives being hit by metro 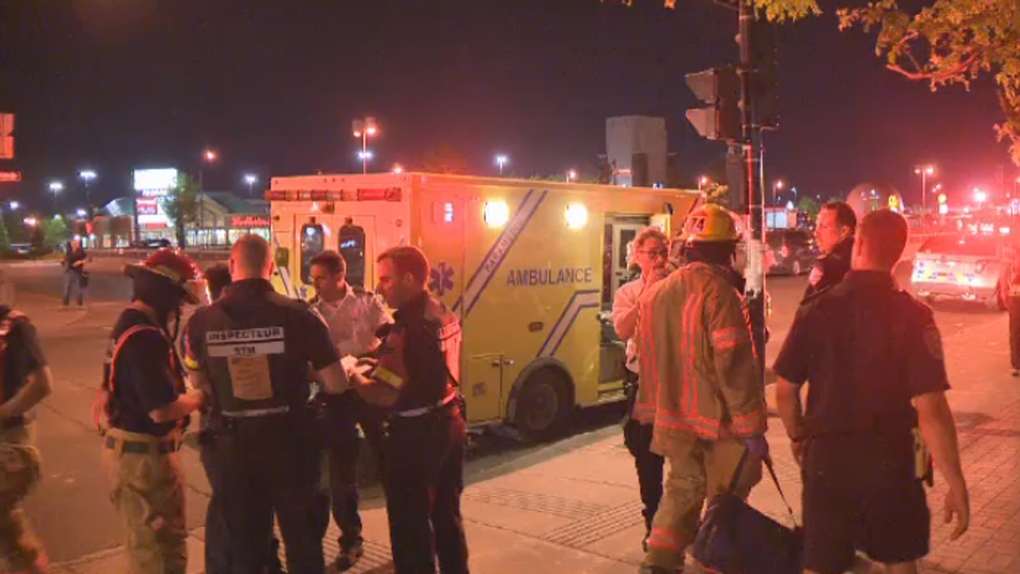 Paramedics and firefighters at Namur metro station, where a man fell onto the tracks (June 10, 2014)

A man suffered serious injuries when he was struck Tuesday night by the Montreal metro.

While some reports said the man, who appeared to be intoxicated, fell onto the tracks, a witness who was on the same train as the victim said that was not the case.

Tyler Pierotti said the man had stepped off the metro and was stumbling, then fell down on the platform -- but not onto the tracks -- as the metro began to leave Namur station at 10:20 p.m.

"I can confirm the that the metro clipped his head as he fell. It was one of the middle cars that hit him," said Pierotti.

Pierotti and several other people rushed to the man's aid until paramedics and firefighters arrived, at which point the man was strapped into a body board and lifted to ground level.

He was taken to hospital with head injuries where he is in stable condition, although the extent of his injuries is not known.