Man shot and killed in Terrebonne 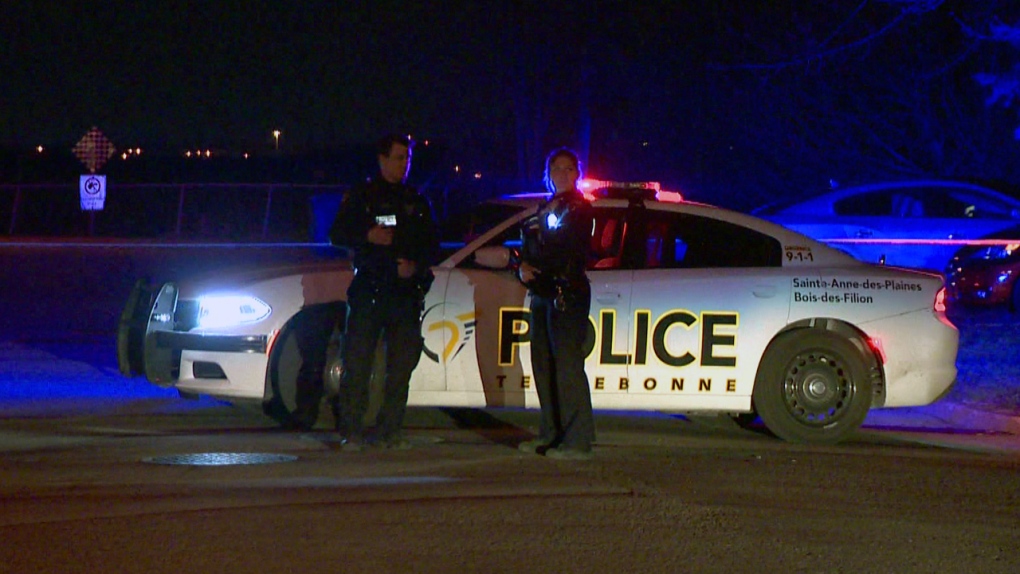 Two Terrebonne police officers stand at the end of Asselin St. after a deadly shooting on May 12, 2019

A 42-year-old man was shot and killed Sunday evening outside a home in the Montreal suburb of Terrebonne.

Witnesses said the gunman ran away from the intersection of Asselin St. and Ubald-Chartrand St., possibly into nearby farmland.

Police officers spent the night at the scene and Terrebonne police quickly called in the Sureté du Quebec for assistance in the investigation.

Police later identified the victim as Eric Chabot, and said he has had run-ins with the law.

With four murders taking place in ten days, the current theory is that members of organized crime groups are fighting each other, which has prompted Laval police and other forces to step up investigations.

This month there have been four deadly shootings, starting with the murder of Mafia member Salvatore Scoppa outside a hotel in Laval, then followed by a shooting Wednesday in Repentigny, and another Friday at a pizzeria in the South Shore suburb of Brossard.