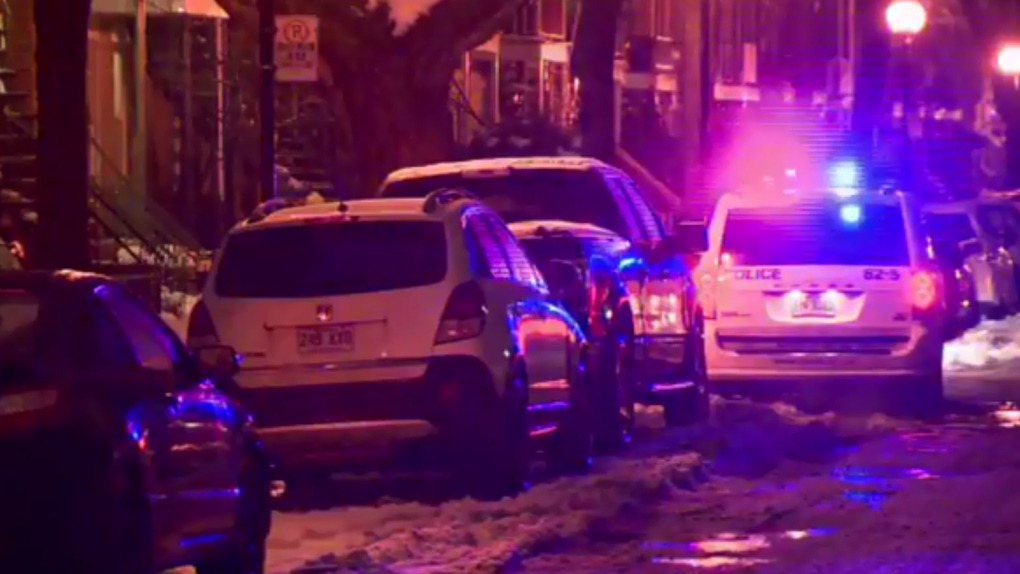 A man in his early 20s was hospitalized after being shot in the lower body in Rosemont-La Petite-Patrie on Sun., Jan. 26, 2020.

MONTREAL -- A young man is in hospital after being shot in Rosemont-La Petite-Patrie on Sunday night.

Police received a 911 call at around 9 p.m. When officers arrived on the scene they found the victim, a man in his early 20s, near the intersection of Lafond and Dandurand. The victim suffered an injury to his lower body.

He was taken to hospital and police said his life is not in danger. The circumstances surrounding the shooting are still unknown as the victim is not cooperating with police.

A K9 unit was deployed to aid in the investigation.

A perimeter was erected closing traffic on Lafond between Masson and Rosemont Blvd. and Dandurand between 13th and 15th ave.

Police said they currently have no suspects in the shooting.

A 20 year-old man was found shot in the lower body on Lafond street near Dandurand. Paramedics rushed him to hospital. K-9 unit is on scene and police are investigating. Avoid area. @CTVMontreal pic.twitter.com/WctH18Zujn