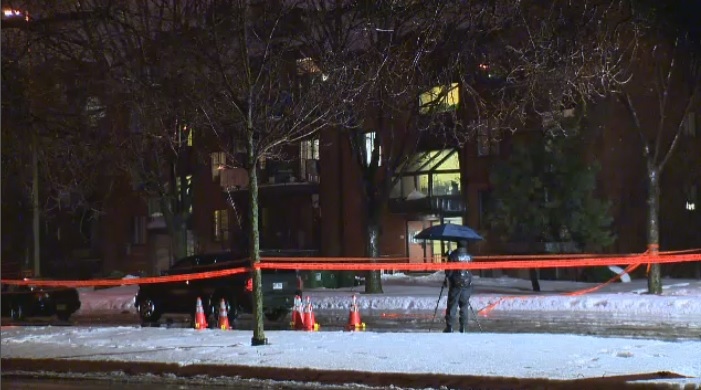 Police have set up a perimeter on Perras Blvd. in Riviere-des-Prairies after a 28-year-old man was injured after a drive-by shooting Saturday night.

A man has been injured after he was the victim of a drive-by shooting in Riviere-des-Prairies Saturday evening.

A police spokesman said the 28-year-old victim was hit in the leg by at least one bullet. The suspects fled the scene in the SUV.

The victim, whose injuries are not life-threatening, is not cooperating with police.

Police are canvassing the area and are asking anyone who may have seen what happened to call Info Crime at 514-393-1133.