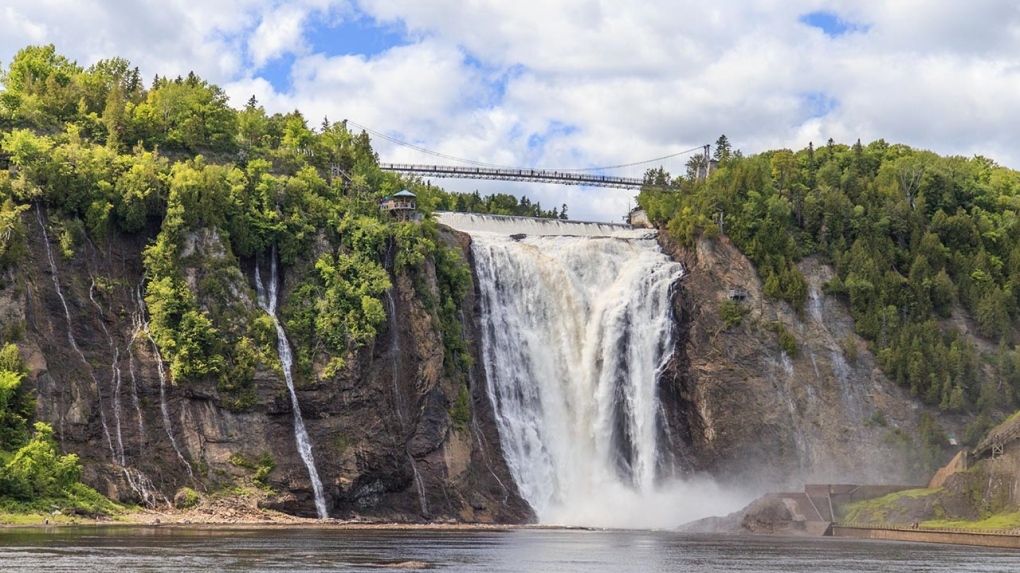 A young man is lucky to be alive after he fell off a cliff into Montmorency River Friday night following an altercation. SOURCE SEPAQ

QUEBEC CITY -- A Friday night fight degenerated to the point where a man fell off a cliff and into the Montmorency River in the municipality of Boischatel, near Quebec City.

Fortunately, the man in his 20s was rescued by firefighters, but the case is likely to have serious consequences for three other individuals.

Emergency services were called to intervene on Friday, around 7:30 p.m., in the area commonly called 'Aux Roches Plates' by the citizens of Boischatel.

“According to the first information we received, following an altercation, a man in his 20s fell from an cliff and was found in the river. He was rescued by Quebec City firefighters,” said Quebec provincial police (SQ) spokesperson Sergeant Béatrice Dorsainville.

The young man was transported to the hospital, but there is no fear for his life.

“The police arrested three individuals - two men and a woman - who could be linked to the events,” said Dorsainville.

Investigators plan to interview the suspects.