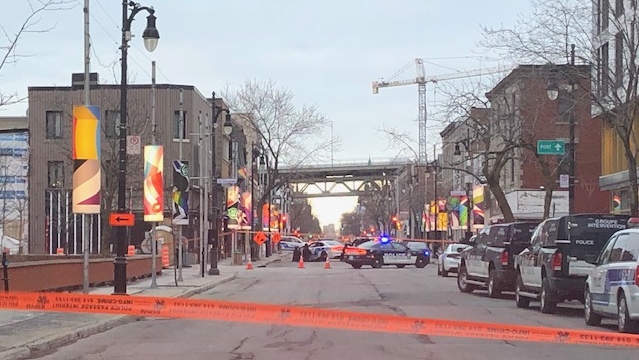 MONTREAL -- A man is in critical condition after being stabbed in the upper body this afternoon on a busy Montreal bike path, police say.

"When police arrived at the scene they located a victim," said Chevrefils.

The man had been stabbed in the upper body but was conscious, she said. He was taken to hospital.

Later on Thursday, police updated the media to say the man, 35, is in critical condition.

Police said the weapon was a sharp object but didn't go into more detail.

Police said they don't know yet why the fight began or what the victim's involvement was. There are no suspects yet.

A portion of downtown was closed off while police investigated.

In a separate incident a little later, some streets east of downtown were blocked off while police investigated reports of threats made.

Not much detail is available, but Montreal Police Constable Julien Lévesque said someone made threats at about 6:05 pm in the area near Ste. Catherine St. East and Papineau St., and officers began to search for the suspect.

It isn't yet clear what kind of threats were made, and against whom.

Police also temporarily closed down some streets in that area.