Police say they received multiple 911 calls at 7:15 p.m. for reports of gunshots near the intersection of Roseraies Boulevard and de la Nantaise Avenue.

Upon arrival, officers found a 20-year-old man sitting in his vehicle on Place Cointerel; he had been shot in the upper body.

He was rushed to hospital, where he died of his injuries. 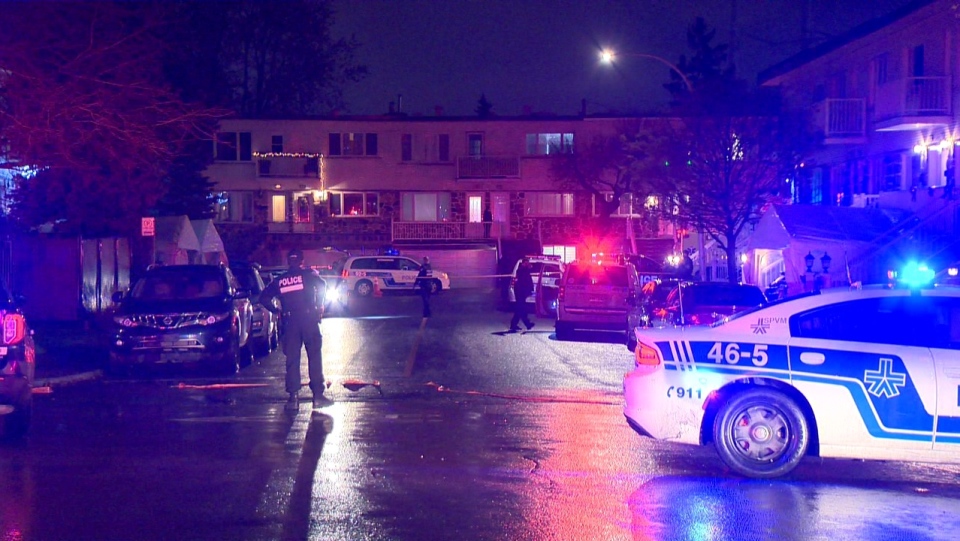 Police said Thursday night they have not made any arrests in connection with the shootings of two young people in the Anjou borough. (Cosmo Santamaria/CTV News)

Police were also called shortly after to a second location nearby, on des Galeries d'Anjou Boulevard, where they found a 17-year-old boy who had a "superficial" gunshot wound, according to Jean-Pierre Brabant, a spokesperson for Montreal police.

The boy has since been released from hospital. Police say he is known to them and is cooperating with investigators.

As of Friday morning, no arrests have been made and the investigation is ongoing.

Since the beginning of 2021, 32 people have been murdered on the territory, the force confirms.