A man has been charged following the death of a seven-year-old girl in Montreal who died after she was struck by a vehicle while walking to school Tuesday with her siblings.

The girl has been identified as Mariia Legenkovska, a Ukrainian refugee who came to Canada just two months ago after her family fled the Russian invasion in Ukraine.

Juan Manuel Becerra Garcia, 45, appeared in a Montreal courthouse Wednesday to be charged with failure to stop at the scene of an accident causing death. Police say the accused, a resident of Longueuil, Que., turned himself in Tuesday after initially fleeing the scene of the hit-and-run collision.

The victim was walking in a school zone in the Ville-Marie borough Tuesday morning when she was struck by a vehicle. 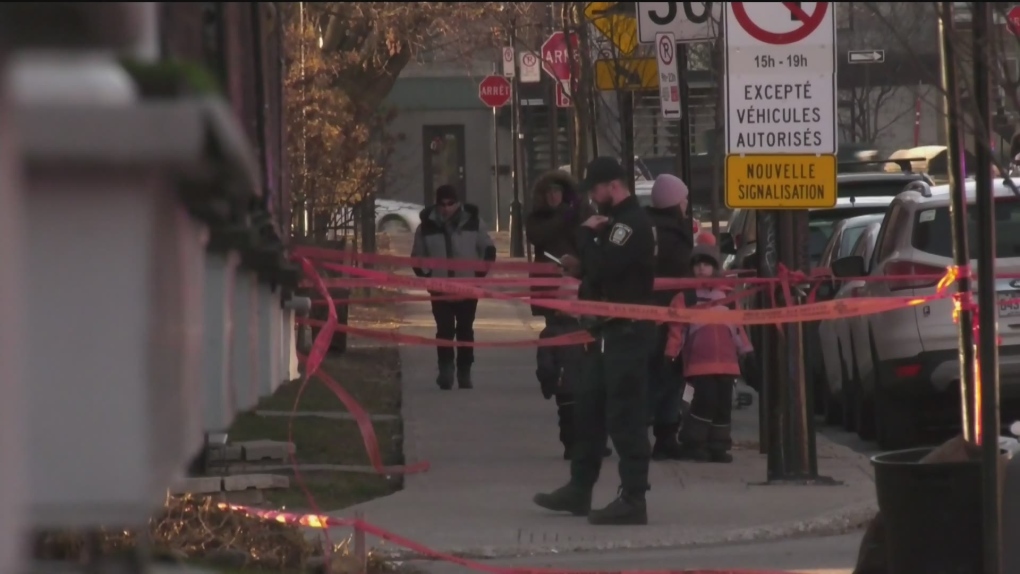 The young girl arrived as a refugee with her mother, brother and sister, according to Michael Shwec, head of the Quebec chapter of the Ukrainian Canadian Congress. He said the girl's father stayed behind to fight in Ukraine.

"It's unbelievable what that poor mother is going through," said Schwec. "Thinking that she came here, she had a safe place, began integrating within life in Montreal. To have this happen, especially around Christmas – just before the holidays. It's a terrible nightmare that you wouldn't want anybody to have to live through."

An online fundraiser has been set up by the local parish to help the family cover funeral costs.

"So the mother, the family, is going through a very difficult time and the community looks to celebrate Christmas as a community and now we have this dark cloud over everybody. It's a very tough time," said Schwec.

Volodymyr Kouchnir, the priest of the Saint Sophie Ukrainian Orthodox Church in Montreal, has been offering spiritual support to Legenkovska's mother and he hopes to speak to her father in the coming days.

"She called to her husband and explained what's happened. And he said, 'I couldn't believe it. It's not true. Is it? No, this is not true. I know, she's – she's alive.' And it's very difficult for him to accept that her daughter is gone,” said Kouchnir.

"Imagine him fighting to be there in the war, fighting for the freedom for his children to live a free life… to have the children have a better life… he sent his wife, children in a safe place in Canada," he said.

Kouchnir became emotional when he spoke about the girl's funeral, which he expects will be held within the week.

"Me, as a father, I have two kids and am the father of the church … I don't know how I'm going to deal with this. Honestly, I'm thinking about if I'll able to perform the service," adding that he will call on help from other priests. He said he hopes to offer support to the girl's family.

"I'm trying to help as much as I can, because it's pretty important to help spiritually as well. [Her mother is] very, very sad, very down … She'll be surrounded, of course, with the care, with the people, with the friends with the church and so on. It’s very important to give her spiritual support and go through this the most difficult time."

SUSPECT TURNED HIMSELF IN

Montreal police (SPVM) were called to the scene around 8:05 a.m., where they found the girl seriously injured. She was transported to hospital in critical condition but succumbed to her injuries.

The accused is due back in court Thursday, and will have a Spanish-language interpreter present. The hearing on Thursday will either set a date for a bail hearing or come to an agreement on release conditions. The Crown opposed his release on bail.

His lawyer, Eric Coulombe, did not offer a comment after the arraignment.

Becerra does not have a criminal record.

A group of about 40 mourners took part in a vigil Tuesday night.

"It's a small community. Everybody knows everybody. So it's a wake-up call. Because a lot of people have been saying that traffic is really, really bad. It's a disaster," said organizer Philippe Bouchard.

"The sister was really shocked, she was saying the car came really fast," said neighbour Isabelle Tames. "There is a lot of traffic in peak hours because of Sherbrooke (Street). They want to avoid Sherbrooke and they take this street. The thing is this is a school street, there is a school. All kids are walking here. It’s sad that a tragedy had to happen to see that there is danger here."

"Of course, we have to be careful in school zones everywhere in Quebec, all the time. We have children, our children, walking or using a bike to go to school," he said. "It's too sad to see somebody from Ukraine, coming from the war, to end like this. It's terrible."

A recent survey by the Canadian Automobile Association (CAA) found that 96 per cent of motorists were caught speeding during a school zone safety blitz outside École Saint-Arsène, a school north of the location of Tuesday's fatal crash.

The survey conducted in October showed that, on average, drivers were travelling 10 km/h over the posted speed limit of 30 km/h in the area as students were arriving at school.

The CAA released the survey in an awareness campaign in the days leading up to Halloween to warn motorists to be mindful of kids on city streets.

"For a number of years now, CAA-Quebec has been doubling down on its efforts to educate and raise awareness among motorists on the importance of obeying traffic signs and observing the speed limit. Accidents happen fast, and these spot checks prove that we must continue our efforts to prevent them, now more than ever," said CAA-Quebec Foundation Director Marco Harrison in an Oct. 22 press release about the campaign.

With files from CTV's Matt Gilmour and The Canadian Press