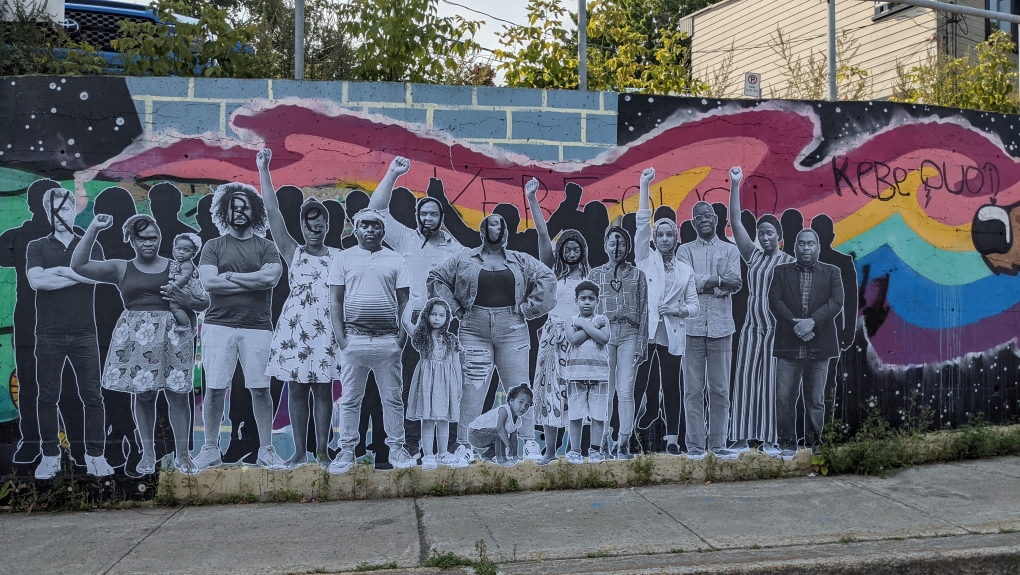 The word "Kebequoi?" is scrawled across a mural honoring the Black Lives Matter movement. (Samuel Pouliot)

MONTREAL -- A man has been arrested for allegedly vandalizing a Quebec City Black Lives Matter Mural.

In August, the word "Kebe-quoi?” was scrawled across the mural, created by local artist Wartin Pantois, which features several figures posing with their fists raised; a symbol frequently used to represent the Black Lives Matter movement.

Quebec City police (SPVQ) say a citizen tip led to the arrest of a 48-year-old suspect Friday morning. The suspect has since been released with a vow to appear in court at a later date.

It was the latest developement in the police investigation, which spanned several weeks.

"There is no doubt that citizen vigilance greatly contributed to the arrest of the suspect," wrote the SPVQ in a news release announcing the arrest.