Man, 76, dead as ATV falls through ice on Brome Lake 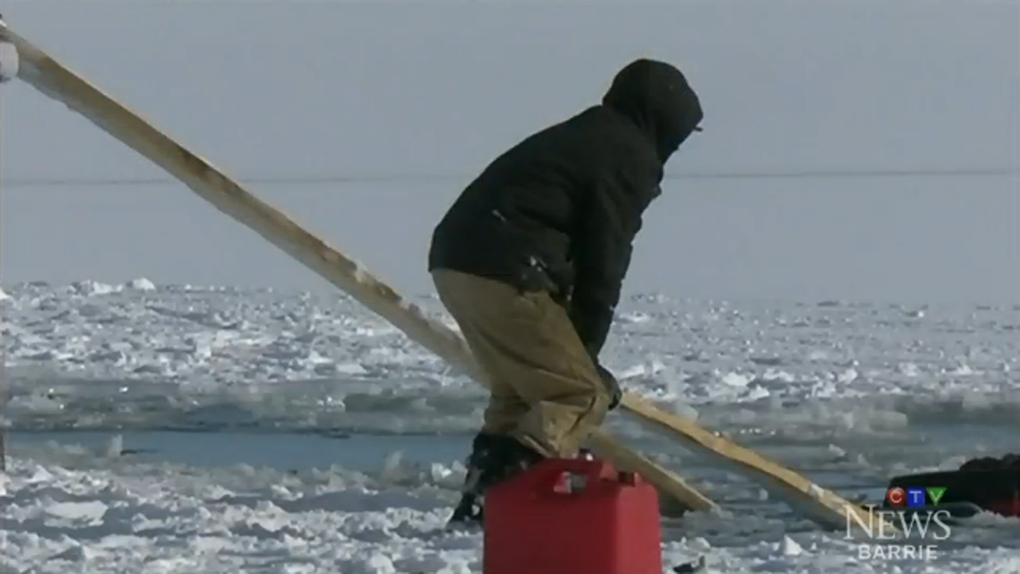 A 76-year-old Shefford man has died after falling into the icy waters of Brome Lake in the Eastern Townships Thursday evening.

Police believe alcohol may have been involved.

The man and his friend ventured out onto the ice on an all-terrain vehicle to go fishing, and the ice appears to have broken due to the weight of the ATV, police said.

The 45-year-old ATV driver managed to get out of the water, but it took firefighters several more minutes to get the 76-year-old passenger back onto the ice.

The Surete du Quebec ordered the driver to take a blood-alcohol test. If the results come back positive, he could be charged with impaired driving causing death.

The incident occurred about 220 metres from shore in the Knowlton area.