MONTREAL -- A 59-year-old man has died after being found injured in a Montreal North apartment building on Thursday morning.

Police arrested another man, age 37, in the fatal stabbing after spending the day negotiating with him while he barricaded himself in an apartment in the building.

The Montreal police SWAT team was called to intervene after the older man was found unsconscious and hurt, lying in a hallway in the building, overnight Wednesday.

He was taken to hospital with serious upper-body injuries, and police spokesperson Caroline Chevrefils said Thursday evening he had died.

The man was killed with "a sharp object or a blunt object," she said -- the details weren't clear, but it wasn't a gunshot wound.

Police aren't commenting on the relationship between the two men. They said the man they arrested was not in the victim's apartment.

The police effort to take the younger man into custody closed a stretch of road Thursday and took hours to unfold, while police gave few details of what was happening.

Pie-IX blvd. is currently closed between Charleroi street and Henri-Bourassa blvd. due to a police operation where they found an injured man laying in a hallway of a building. @CTVMontreal pic.twitter.com/H0iBp4vhqC

After arriving in the early-morning hours, around 3:40, police closed part of Pie-IX Blvd. northbound and the building was reportedly evacuated.

The Montreal fire department also responded to the incident around 8:30 a.m., when someone tripped the fire alarm and may have set something on fire inside the building. 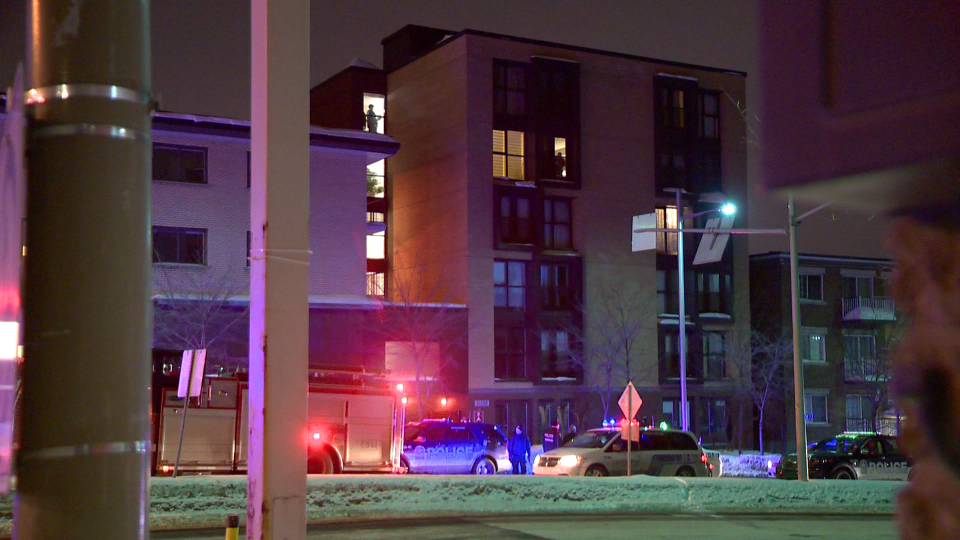 Chevrefils said police remained at the building all day while the 37-year-old remained barricaded in an apartment, alone.

The SWAT team eventually took him into custody and brought him to the hospital with minor injuries, she said.

Aside from his physical injuries, the man was "not well," she said, and it's unclear if he'll appear in court on Friday to be formally charged.

The murder is Montreal's sixth of the year.