Man, 46, dies after being struck by STM bus in Villeray 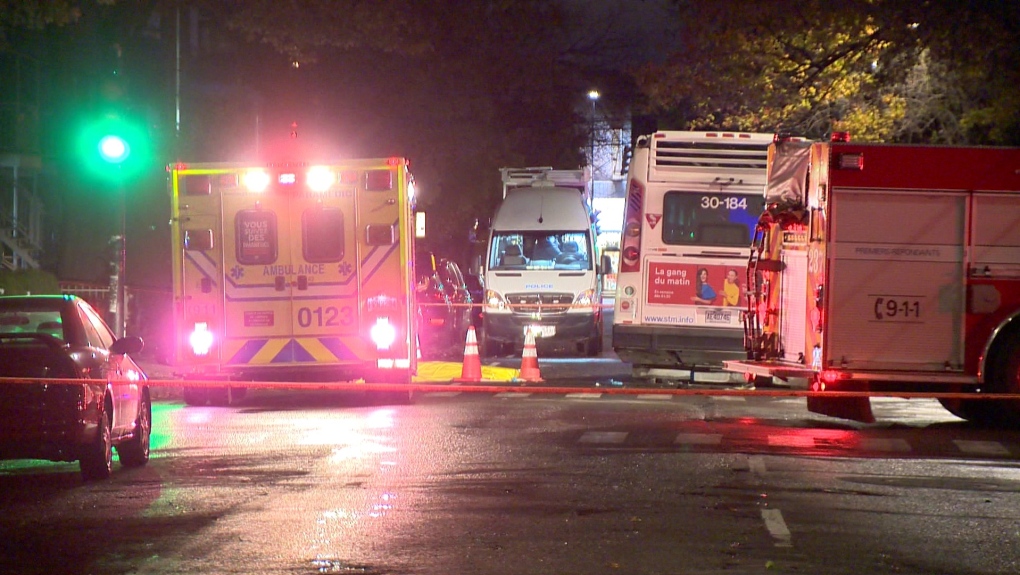 Montreal police are investigating after a 46-year-old man was struck and killed by a STM bus around 11 p.m. on Monday, Oct. 25, 2021. (Cosmo Santamaria/CTV News)

MONTREAL -- A pedestrian has died after he was struck by a STM bus Monday night in the Villeray–Saint-Michel–Parc-Extension borough, Montreal police say.

Around 11 p.m. police received a 911 call about a collision between a man and a bus near the intersection of Chateaubriand Avenue and De Castelnau Street.

The pedestrian, a 46-year-old man, was pinned underneath the bus after the impact. He was pronounced dead at the scene, according to police.

The bus was heading west on De Castelnau and at the intersection, the driver made a left turn and struck the man, said Caroline Chèvrefils, a police spokesperson.

The driver, a 53-year-old man, was sent to hospital for nervous shock. No passengers were on board the bus at the time of the collision.

Police say the investigation is ongoing.