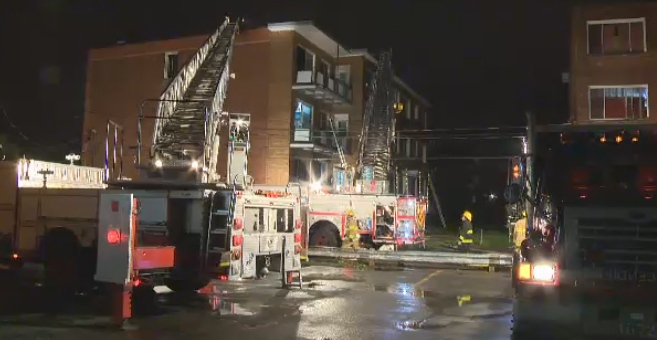 LAVAL -- Police arrested a 27-year-old man in Laval Saturday night on arson charges relating to a fire in Saint-Laurent earlier this week.
The fire took place in an apartment building on Grenet St. No one was injured.
Police found traces of accelerants at the scene, and witnesses say they saw a car leaving the building at the time of the fire. They gave a description to police.
The man was later arrested at the intersection of Highway 13 and Notre-Dame in Laval.
The suspect is also facing charges of hit-and-run and armed robbery.
The apartment building on Grenet is the same site of a homicide that took place Thursday night. Investigators don’t believe at the moment there’s any link between the two incidents.