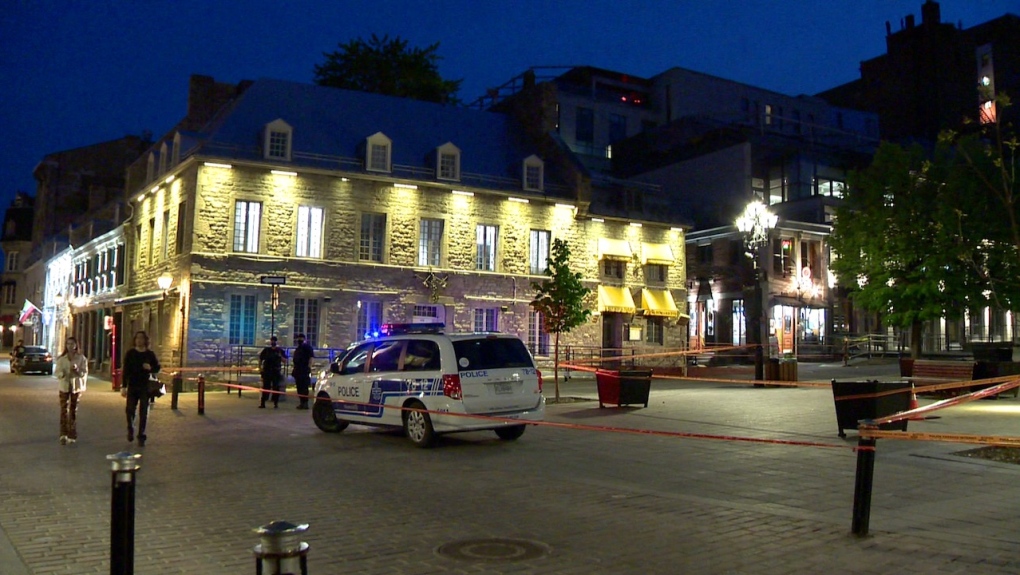 Police tape surrounds Place Jacques Cartier in Old Montreal following a stabbing of a young man around 8:25 p.m. on Monday, May 17, 2021. (Cosmo Santamaria/CTV)

MONTREAL -- Police are investigating after a 20-year-old man was stabbed Monday night in Old Montreal.

The man was stabbed at least once in his lower body around 8:25 p.m. at Place Jacques Cartier following an altercation with other people, according to Const. Jean-Pierre Brabant.

The victim's injuries are not considered serious and he is not cooperating with police, Brabant said.

No arrests have been made as police continue to investigate the incident.