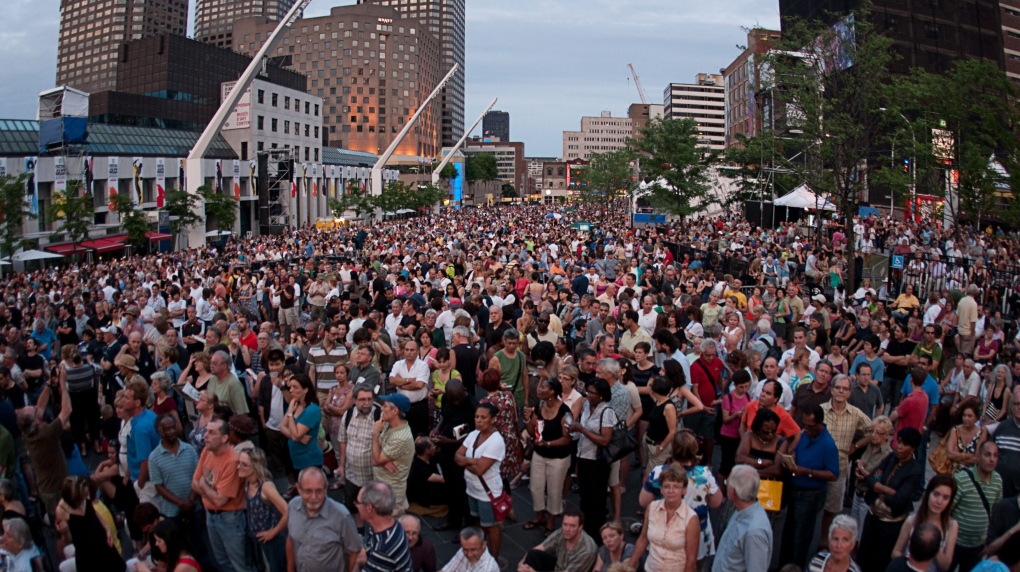 MONTREAL -- When Ray Charles opened the inaugural Montreal International Jazz Festival in 1980, founder Alain Simard was working on a budget of $70,000.

Little did he know that years later the festival would stave off financial ruin and draw millions in money and crowds to become one of the country's most economically successful events of the summer.

"We could never have imagined that it would become a symbol of Montreal and bring about $100 million economic windfall each year," said Simard, who is overseeing his final festival this year beginning June 26.

The early years were challenging. The festival nearly went bankrupt in 1986 after a major cigarette sponsor pulled out and its costs grew by operating at two outdoor venues.

Nearly two million people now crowd the city's streets each year during Montreal's jazz festival, which operates on a budget of $30 million including government subsidies and corporate sponsorships. About 150,000 pay $30 to $150 to see artists from the world of jazz or other musical genres.

The festival infuses about $63 million into the economy from tourists, creating about 2,000 direct jobs and adding tens of millions to government coffers in taxes, said Simard.

Over time, the festival has attracted jazz giants Ella Fitzgerald, Sarah Vaughan, Miles Davis and Oscar Peterson and helped launch the careers of Diana Krall and Dee Dee Bridgewater. It has also branched out into other genres, hosting the likes of Prince, Stevie Wonder and Aretha Franklin.

For Simard, the emotional highlight was Dave Brubeck's mournful 2009 performance a day after the death of one of the pianist's sons. He recalls how the "Take Five" performer collapsed in tears in his arms after leaving the stage.

Jazz was the focus of the festival because it was mainly instrumental, thereby avoiding a language divide barely a month after Quebec's first referendum, Simard said.

"I wanted to do something that would reach both French and English Montrealers and unite them -- and it proved to work."

Simard said concert sites are a sort of neutral territory where people of all ages, backgrounds and political persuasions can enjoy music, dance, drink and meet strangers -- including the many tourists that come from the United States, Europe and Asia.

The festival accelerated development of a downtown area that spawned concert halls, restaurants and features a large area free from traffic used for a series of winter and summer events.

Robert Soroka, a marketing professor at McGill University's Desautels Faculty of Management, says any retailer within a 10-block radius benefits directly from the influx of vacationers, especially Americans who "love the familiarity of jazz in the backdrop of a foreign country."

"I do not see any sector in the aggregate not benefitting," he said.

"However, for those businesses that ... are not in close proximity, it simply means that they must work harder to appeal to its target audience during those weeks."

The House of Jazz is one of those companies. General manager Francois Martinek hopes that nightly jam sessions with Juno Award-winning jazz drummer Jim Doxas this year will lure additional festivalgoers to trek several blocks from the main venue, especially during warm summer evenings.

"Hopefully we're going to get a lot of people in," Martinek said. "I would say I bring in for those 10 days an extra 250 people."

The manager of Steve's Music Store, which is a kilometre from the main concert stage, said he notices an increase in the number of visitors to his shop while the event is on.

"Any type of event that the city puts on that helps bring business into those brick and mortar stores, I'm all for it," Sheldon Sazant said.

Sazant couldn't specify how much sales go up during the festival but he said he believes the financial impact is spread more evenly among retailers than Montreal's other summer extravaganza -- the Formula One Grand Prix -- which attracts jet-setters during the first weekend in June.

Pierre Bellerose of Tourism Montreal said the four-day Formula One Grand Prix generates as much economic spinoff as the jazz festival, but spending is focused more on luxury businesses.

TD Bank is the title sponsor of the jazz festival for a sixth year. Marketing vice-president Chris Stamper said the sponsorship raises the bank's profile and drives business.

He said that's especially important in Quebec's largest city, where the Toronto-based bank hasn't had a strong presence.

"We've grown that substantially but we're always looking for opportunities to drive consideration in the market," he said.

Although sponsors aren't permitted to directly solicit in Montreal, association with the festival can be priceless.

Simard said a former Alcan president recounted how the mining company offset the cost of its festival sponsorship by striking a lucrative deal with a jazz-loving client it flew in by private jet.

"That deal ... paid for all the money of our sponsorship," Simard said.