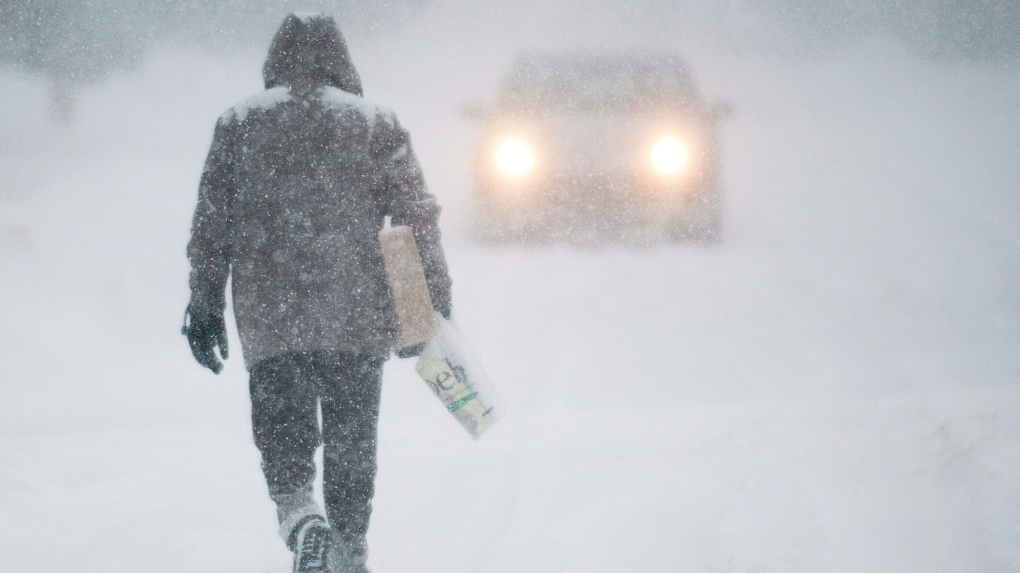 A man walks along a road near Montreal during the first major snowstorm of winter in the region Thursday, Dec. 27, 2012. (Graham Hughes / THE CANADIAN PRESS)

MONTREAL -- Environment Canada has warned of a potential winter storm that could lash Montreal with heavy snow later this week.

A major low-pressure system is approaching Southern Quebec from the United States, the agency wrote on Monday in a special weather statement.

The system will hit the Montreal area on Wednesday, bringing upwards of 15 cm of snow that could reach more than 25 cm over some areas. "Additionally, this system will bring strong winds that are likely to produce blowing snow over more exposed areas, especially along the St. Lawrence Estuary and the Gulf of St Lawrence," the statement read.

"Please note that over Southwestern Quebec Wednesday evening, precipitations may fall as rain with a risk of freezing rain before it changes over to heavy snow on Thursday."

The weather system is predicted to hit Southern Quebec, including the Montreal area, Wednesday evening; Central Quebec on Thursday; Eastern Quebec through Friday.