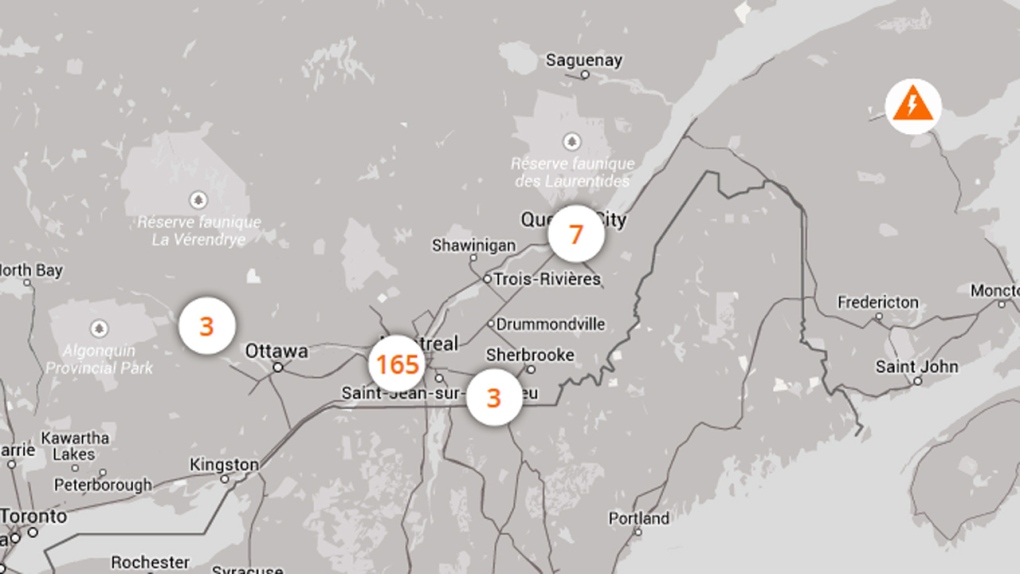 This map shows the areas affected by a major Hydro Quebec outage as of 4 p.m. Thursday.At the height of the outage, 188,000 customers were without power. (Screen capture)

Hydro Quebec says the system is almost back to normal after an outage cut power to customers across Quebec.

Those numbers have drastically improved -- Hydro said about 2,300 customers were without power as of 10 p.m. Thursday.

According to Patrice Lavoie, Hydro-Quebec spokesman, a protection mechanism was triggered on two network transmission lines around 3:15 p.m. , causing the lines to lose power.

Lavoie said he did not know how the incident happened, but said this kind of problem is usually resolved faster than an equipment failure.

Affected areas included Verdun, the Plateau, Hampstead, St. Laurent, Kirkland, St. Leonard, as well as homes in Laval, on the North and South Shores, Quebec City and as far away as towns in the Outaouais and Gaspe regions.

Just over an hour later, those numbers were down to 39 customers were in the dark in Laval, 4,200 in the Monteregie, 14 in the Laurentides and 51 in the Quebec City area at the height of the outage.