A three-storey building at the corner of De La Montagne St. and St. Antoine St. went up in flames Tuesday, drawing 90 firefighters in a major response.

The building had been vacant for years, said Matthew Griffith of the Montreal fire department.

Smaller neighbouring buildings were also vacant and "abandoned," he said, boarded up, so there was no need to evacuated anyone during the three-alarm response. The other buildings weren't damaged in the end.

The corner is, however, in a relatively busy part of town, close to the Bell Centre and the Lucien-L'Allier metro stop.

The building that caught fire is at 1300 St. Antoine, and it used to be mixed commercial-residential, Griffith said. 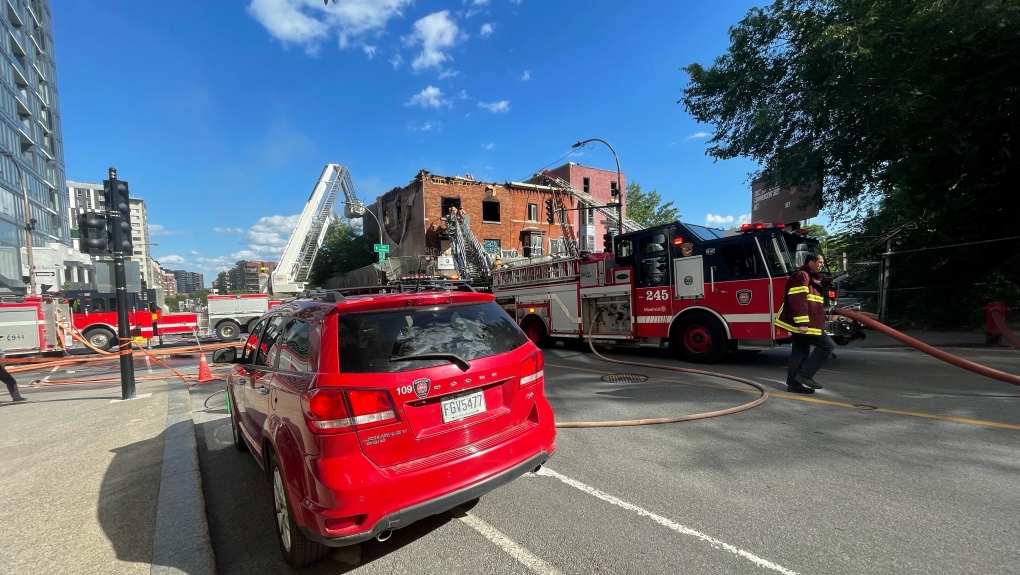 The fire started on the third floor and the cause is still unknown.

Firefighters were just wrapping up their first job, containing the blaze, as of about 5 p.m. on Tuesday, and investigators were slated to go in as soon as it was safe to begin to look at the cause, Griffith said.

After hammering Atlantic Canada, post-tropical storm Fiona has moved inland in southeastern Quebec, with Environment Canada saying the storm will continue to weaken as it tracks across southeastern Labrador and over the Labrador Sea.

Conservative House Leader Andrew Scheer says Pierre Poilievre's caucus will be supporting the Liberal government's bill to temporarily double the GST credit. In an interview on CTV's Question Period, Scheer said 'putting tax dollars back in the pockets of Canadians is something that Conservatives have always supported.'

Age and immigration: 'Very difficult' for applicants once they turn 40

Over 365,000 Maritimers still without power in Fiona's wake

Strong winds and heavy rainfall from Fiona have left over 365,000 Maritimers still without power, as of 11 a.m. Sunday.