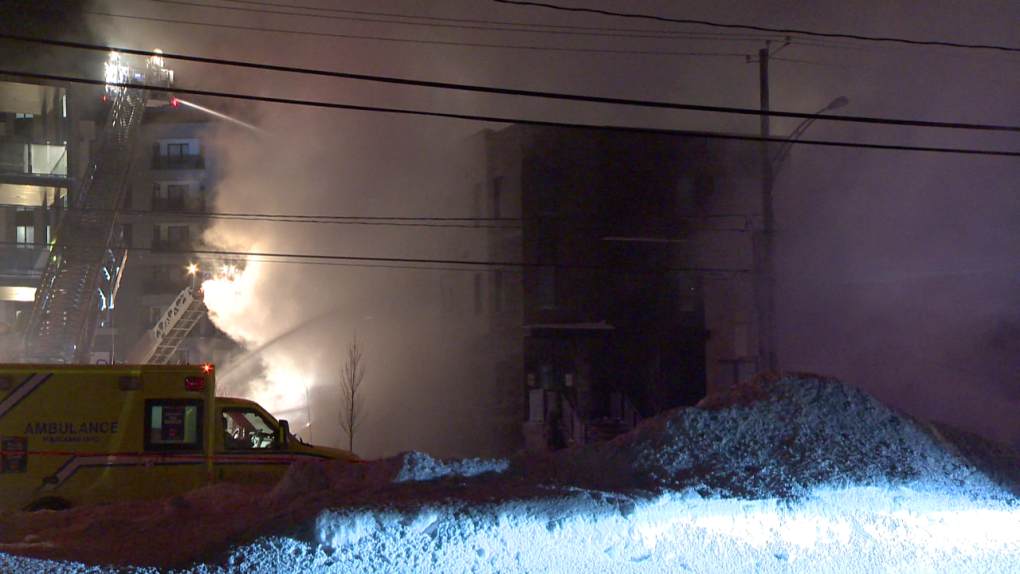 A condominium building in Blainville was engulfed in flames. (Cosmo Santamaria/CTV News)

A condominium building in Blainville, north of Montreal, was engulfed in flames Thursday night.

According to firefighters, the five-alarm fire was signalled just before 10 p.m. at a building on Curé-Labelle Boulevard, near 56th Avenue.

Several neighbouring fire departments, including that of Sainte- Thérèse, were called to help as the flames spread to the upper floors of the building.

"The intense cold is complicating the work of the firefighters and the Blainville Civil Security," firefighters noted.

It is not yet known if there were any injuries.

DEVELOPING | 'Somebody out there is missing this child': Remains of young girl found in water in Dunnville, Ont.

Portuguese authorities said on Wednesday they had identified five cases of rare monkeypox infection and Spain's health services are testing eight potential cases after Britain put Europe on alert for the virus.

Chantel Moore, a 26-year-old Indigenous woman killed by police in New Brunswick in June 2020, was shot twice in the chest, once in the abdomen and once in her left leg, the pathologist who conducted an autopsy on her said Wednesday.