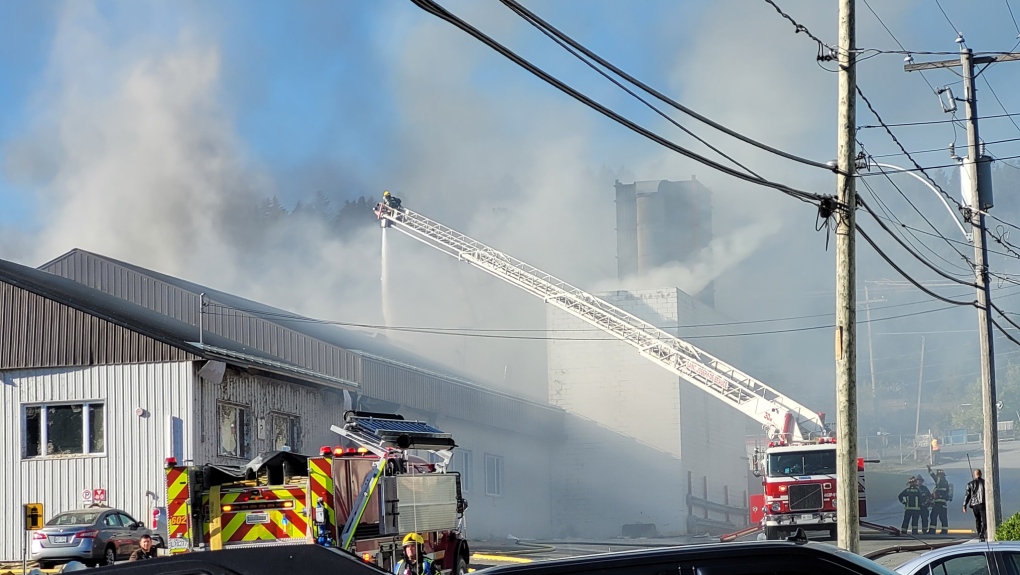 Police got 911 calls around 7:30 a.m. for a fire at the company in Beauceville, Que., about 90 kilometres from the provincial capital, they said.

Authorities did not have an update on the condition of the eight injured.

The police major-crimes unit is on the scene and meeting with witnesses to determine what caused the fire.

Paul Morin, a spokesman for the city of Beauceville, said an emergency shelter was set up to take in anyone impacted by the blaze.

Police spokeswoman Sgt. Helene St-Pierre said firefighters, paramedics and police were at the scene, along with representatives of the province's workers health and safety board. 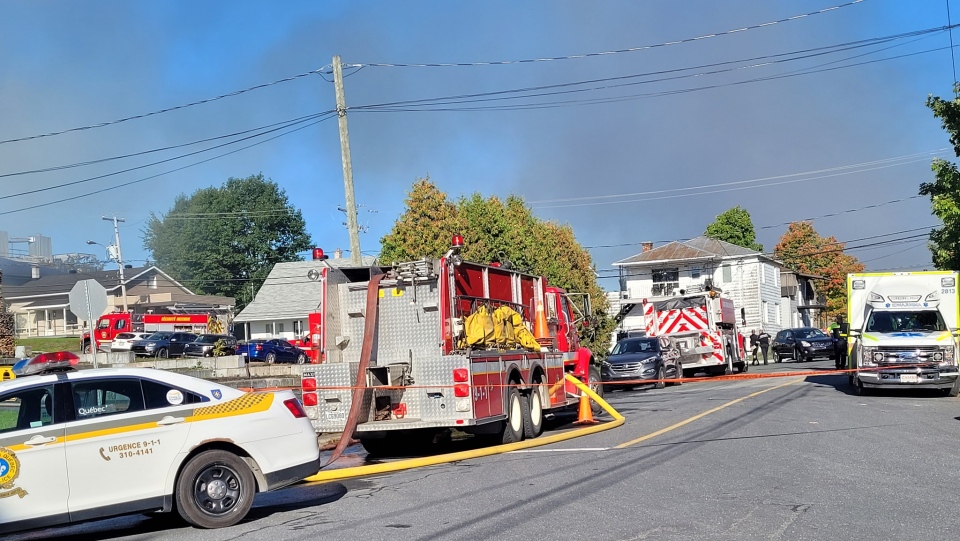 A nearby school was evacuated after a lumber yard fire broke out in Beauceville, Que. Reports suggest there were several injuries. SOURCE: Sebastien Roy

Bus driver Sebastien Roy was driving past when he saw the fire and took pictures.

"The high school is closed for the day because it is near the fire," he said.